LeDuff: In a rough year, this resilient Detroit teen hopes for better times and moves ahead 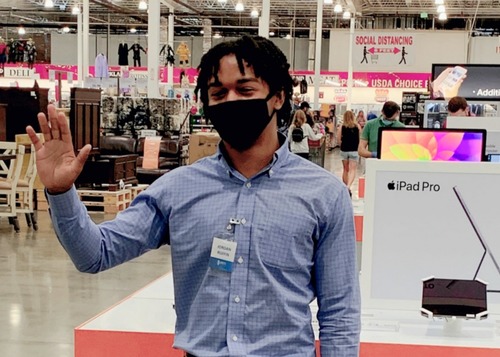 If the world seems dark these days, if you're anxious or angry, adrift or uncertain, if you need something encouraging to lean on, then take the story of Jordan Ruffin-El to be your pillar.

I met Jordan a few years ago when he was a 16-year-old boy attending one of those church basement circles that tries to help young Black men cope with coming of age in one of America's roughest cities.

Jordan told me then he had moved out of his mother's house on Detroit's west side because she not have enough room. “I just kind of fell on my sword and moved,” he told me then. “I don't want to be a burden.”

He moved in with another teenager on the city's east side, where houses sag and broken glass glitters on the pavement.

He was committed to finishing high school, making something of himself, so he could help his family when he came of age. “I don't want to leave my community, I want to build it. But why is it so hard?”

Jordan would take two city buses across town to get to Martin Luther King Jr. High School in the fangs of winter. I'd ride with him to school sometimes, sometimes to church in the summer where he'd mow lawns.

“You always have to keep you head on a swivel,” he'd say. Kids get shot for their tennis shoes around here. “You've got to carry yourself.” This from a 16-year-old boy, already too old for his age.

Then Jordan's mother, Rashida, fell sick, got behind on the mortgage. The bank was on its way to foreclose, the sheriff just behind to toss her belongings and children to the curb.

Jordan's mother had made the payments faithfully over a decade. But it was a predatory loan, designed so the poor never emerge whole. Over those 10 years, Rashida had paid back twice the amount of she borrowed, and was nowhere near paying it off. There is a lot of money to be made from poverty in America.

I watched Jordan give her his last $500. “I'm so proud of the man you've become,” she said, laying her palm on his cheek. People who read about their struggles were impressed with the kid's strength and love for his family. They helped rescue the family home. One victory in a life of struggle.

Shortly after came the pain. Jordan's best friend Meech took his life with a gun, unable to cope with difficulties placed on a young person in a city where the schools have disintegrated, where crime is rampant and jobs are scarce. “It hurts,” Jordan said. “It hurts so bad. The struggle is so real.”

It wasn't the end of the pain. Just around Christmas last year, Jordan's other best friend, Tymarian, was gunned down in front of a liquor store. His crime? He looked at the dope man the wrong way.

Jordan called me. “I wish I had the resources to help my brother when he was alive,” Jordan said. “Now in death he's in need of some dignity. Can you help? Anything would be appreciated.”

There's real hope in that. “Thank all the people who helped, please, Charlie.”

Through it all, Jordan kept going. He studied business and marketing in high school. Then high school ended abruptly with the Covid-19 pandemic. No senior parties. No prom. No walk across the stage for a guy who really deserved the moment. He had done it in a town where far too many don't. And he did it alone. He graduated by way of guts and hard work, brains and determination.

But his life – like many of ours -- hung in suspended animation in the east-side house as he wondered where to begin an adulthood that he had already been living. 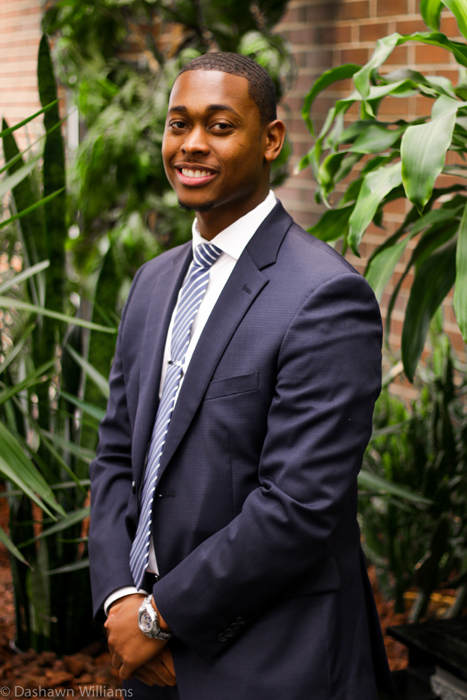 He came across an online ad for an in-person marketing job. Standing in box stores in the distant suburbs selling people on this deal or that. A foot in the door.

“He was 17 at the time, so we couldn't hire him,” said Calvin Fant, the CEO of Innovative Client Connections. “But we liked him so much that we called him back when he turned 18. He's just got that attitude you don't see in a guy his age. Our job is to develop him. Polish him up. He's on track for management in the next year. We don't have any managers under the age of  21. He's got that certain intangible you're looking for -- a willingness.”

Jordan earns $10 an hour, plus commission. Modest, but a beginning, like a sapling stretching root. Living proof that the best of us can be found in any town, on any corner in America, if just given the chance to flower.

With no license and no car, he's bumming rides to the suburbs to work right. He's scheduled a driving test now that he's 18. He's socking away money for a car that hopefully comes.