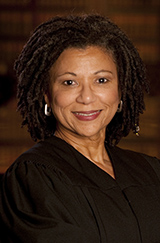 A federal judge has refused to stand in the way of a pro-Palestinian group that has demonstrated outside Beth Israel Synagogue in Ann Arbor more than 15 years. Some have held signs that say "Jewish Power Corrupts" and "Resist Jewish Power."

“There is no allegation that the protesters prevent plaintiffs from attending Sabbath services, that they block plaintiffs’ path onto the property or to the synagogue, or that the protests and signs outside affect the services inside,” U.S. District Judge Victoria Roberts said Wednesday, The Detroit News reports.

Peaceful protests are “entitled to the highest level of constitutional protection, even if it disturbs, is offensive and causes emotional distress,” she added.

Ziporah Reich, co-counsel for synagogue members, tells The News a request for reconsideration is planned. “The court is effectively saying that the emotional distress experienced by Jews in reaction to the anti-Semitic slurs hurled at them every week for 16 years in front of their house of worship, is insufficient injury to grant them access to federal court,” Reich said.