Ballot Counts at 72% of Detroit's Precincts Were Inaccurate 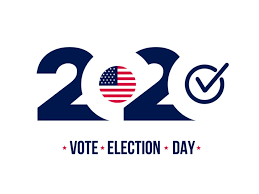 The Wayne County Board of Canvassers has asked Secretary of State Jocelyn Benson's office to examine the "training and processes" used in Detroit's Aug. 4 primary after finding that recorded ballot counts in 72 percent of absentee voting precincts didn't match the number of ballots cast.

The county board is charged with certifying the election results.

In all, authorities found that vote counts in 46 percent of the city's precincts where both absentee and Election Day votes were tabulated were out of balance.

The review seems all the more important since the state is expecting a record number of people to vote by absentee ballot.

Jonathan Kinloch, a Democrat and one of the canvassing board's four members, tells Craig Mauger of The News that the election results weren't incorrect, but something went wrong during the process of tracking ballots precinct by precinct. He said it may have been the "perfect storm," in that there were a recrod number of absentee ballots casts in the state and seasoned election workers did not feel safe helping administer the election because of the pandemic.

Mayor Mike Duggan tells the paper he's reaching out to Benson and Detroit City Clerk Janice Winfrey "to make sure this gets fixed immediately."

Winfrey said the vast majority of the absentee voting precincts in the city were less than three ballots off, plus or minus. She said being off by three or fewer is allowed, Winfrey said. It was unclear what policy she was referring to, Mauger writes.