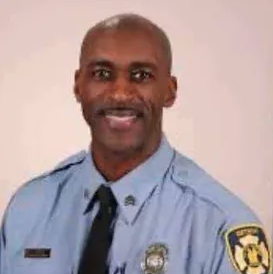 Update, 3:22 p.m. Saturday: Searchers found the body of Detroit Fire Sgt. Sivad Johnson, who drowned after helping save girls from the Detroit River near the Detroit Yacht Club.

Search efforts continued Saturday in the Detroit River at Belle Isle for a veteran Detroit firefighter who jumped in the water Friday night to save three girls.

Michigan State Police dispatchers received a call about 9 p.m. from a 10-year-old girl saying she had lost her father, Sgt. Sivad Johnson, 48, Sarah Rahal of The Detroit News reports. Troopers, state Department of Natural Resources officers and city firefighters rushed to the scene near the Detroit Yacht Club.

Authorities said Johnson and his 10-year-old daughter were walking near the Yacht Club when they heard three girls screaming for help from the water, Dave Fornell, deputy fire commissioner, tells the paper.

A civilian and a nearby boaters helped rescue the young girls. The firefighter may have been dragged under by a rip-current, authorities say.