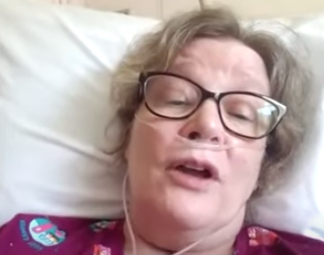 Doctors told the family there was a 90-percent chance she wouldn't make it.

But Gloria Finzel, a 59-year-old librarian from Farmington Hills, emerged the victor after 133 days in the hospital and rehab, WXYZ reports. She's now recovering at home.

She started at Beaumont Wayne Hospital, but at some point doctors there wanted her family to sign a "do not resuscitate" order, Heather Catallo WXYZ reports. Her family declined and she was transfered to the University of Michigan's Michigan Medicine in Ann Arbor.

She still has to undergo rehab, but is expected to fully recover.