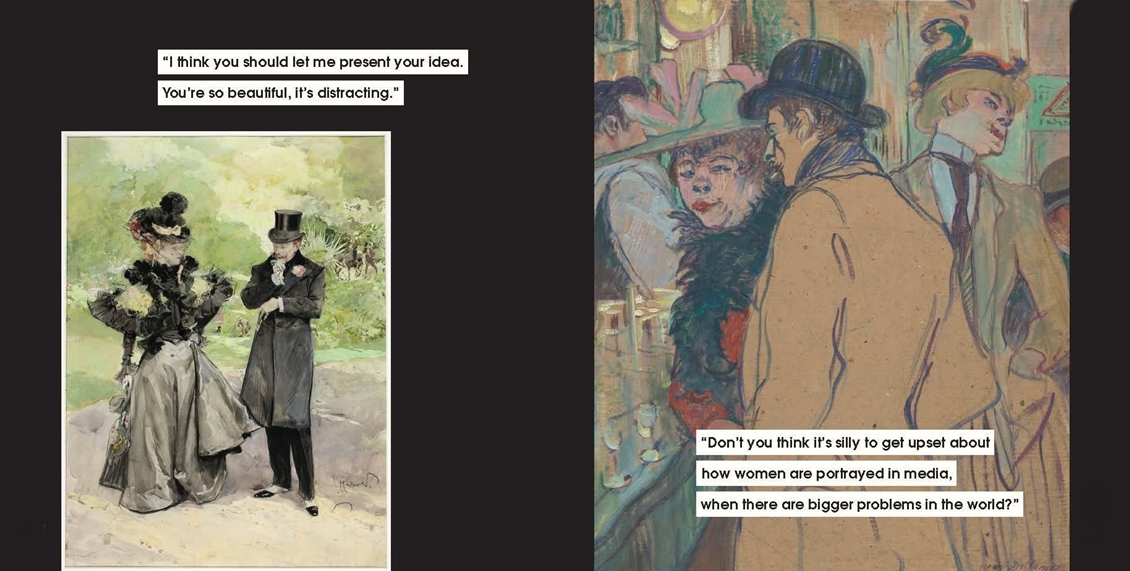 Many more examples from Nicole Tersigni's new collection are below. (Photos: Chronicle Books)

Every woman's annoyance is one woman's inspiration.

A new book by Nicole Tersigni of Ferndale pairs 17th and 18th century European paintings with captions that ridicule a timeless irritant. The 33-year-old says she turned a viral Twitter thread into "Men to Avoid in Art and Life" to "illustrate the mansplaining and concern trolling women have had to endure since the beginning of time." 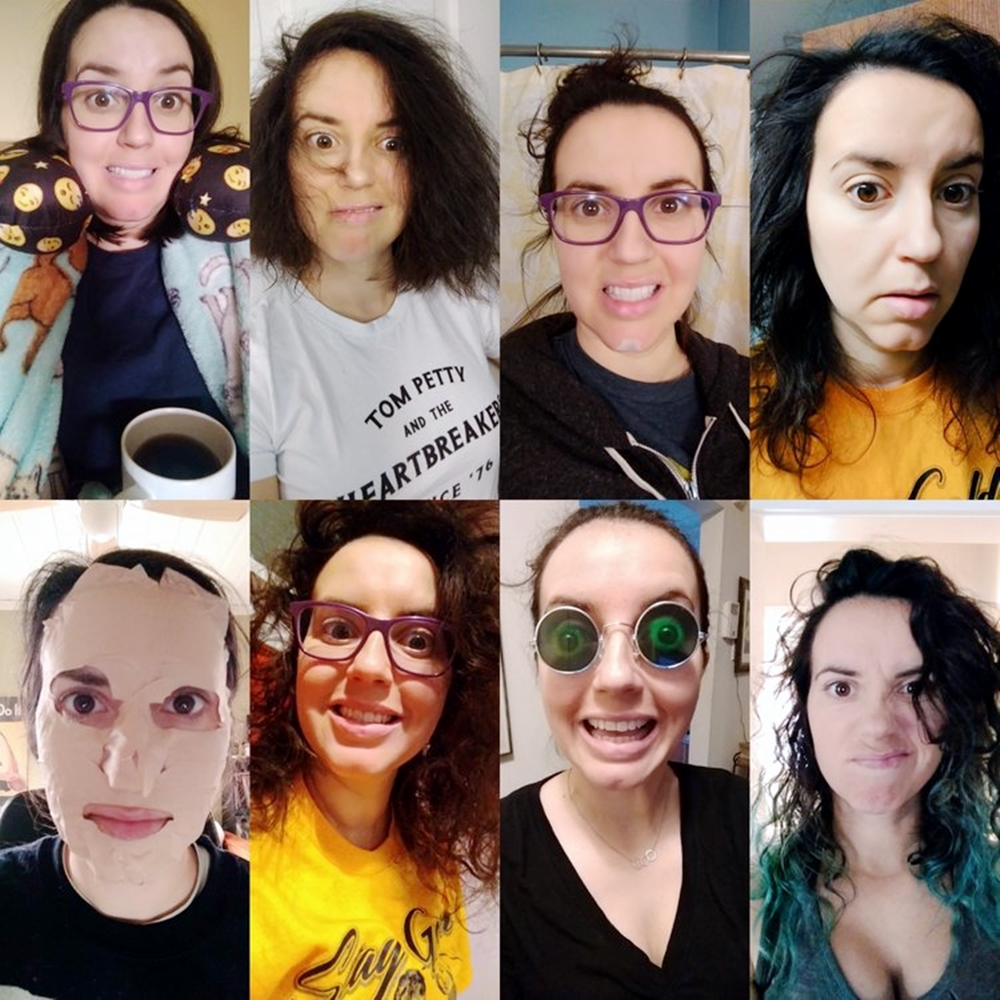 The funnywoman posts these selfies at nicoletersigni.com.

The 96-page hardback earns prominent media coverage and goes to a second printing after selling out at most online sellers in under two weeks. It expands on captioned images of classic paintings that the suburban comedy writer tweeted last year. The long-ago expressions suggest unease or disdain that Tersigni related to and puts into words.

"The women's faces are so over whatever's being said to them," she says on Michigan Radio's "Stateside" program.

The satirist imagines a man giving horseback riding tips to a woman who owns the horse, and a gentleman interpreting a woman's intense glare as "hysterical" behavior.

The first-time author, who spices up captions with "tit," "dick" and "bush," tweets this personal choice last week:

many people (2) have asked what my favorite joke from the book is. it changes depending on my mood, but this one always makes me laugh! https://t.co/6ZsL0wsPLa pic.twitter.com/GmoUkESXQD

This book is for every woman in art and every person, living or dead, who has had to endure being talked down to by a less-qualified man.

The Mansplainer, the Concern Troll, the Comedian, the Sexpert and the Patronizer—these men have existed for centuries, as seen in fine art everywhere. ... These less-qualified men of antiquity dish out mediocrity as if it's pure genius. 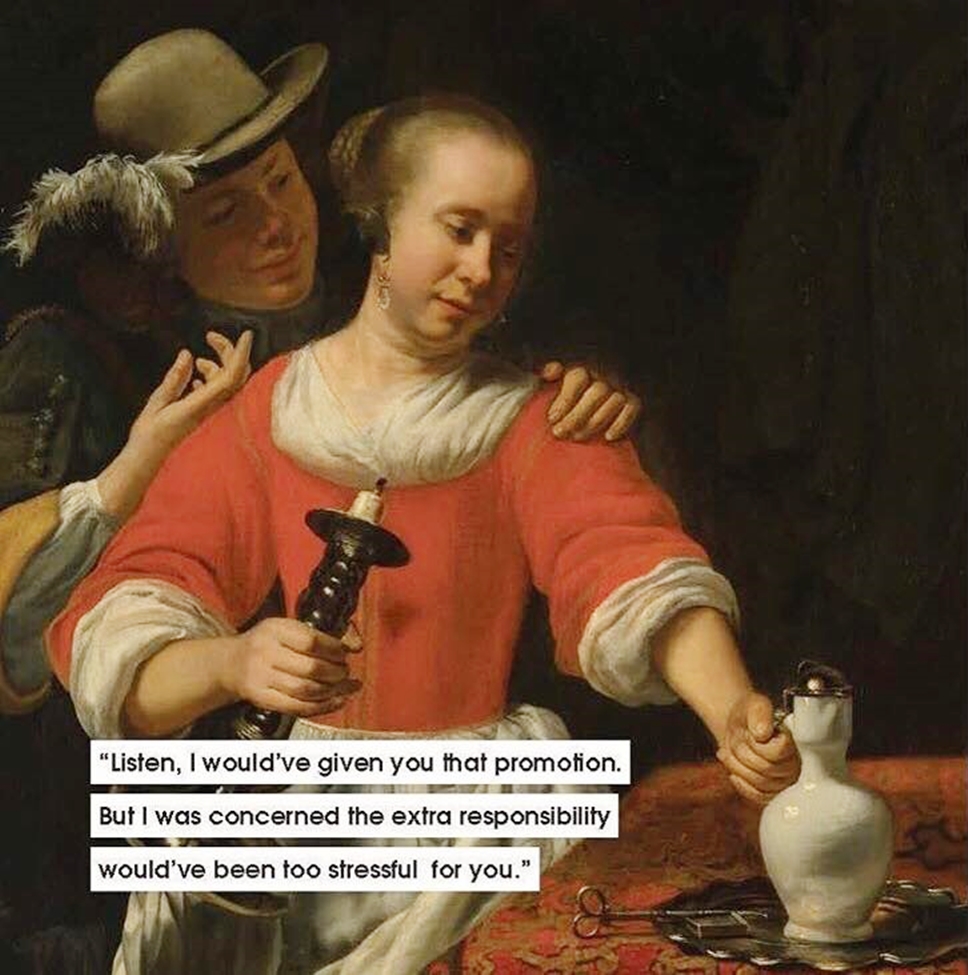 The novelty book is amplified by The New York Times and The Guardian, no doubt accelerating its sold-out status at Amazon and Barnes & Noble. Excerpts from coverage by women at each paper:

♦ Times: "The coffee table book, which brings together works of art and razor-sharp captions, explores the different 'types' of men that Tersigni and many women encounter on a regular basis."

♦ Guardian: "Tersigni pairs contemporary captions with classical paintings partly to reinforce the point that these same misogynistic issues have existed for centuries, and partly because the older the image, the more likely it is to be in the public domain."

Open-minded men can appreciate the sendups, as this tweet from a North Carolina author shows:

My husband was looking through @nicsigni's Men to Avoid in Art & Life, and he said, "I know for a fact there's a page for every man in the world in this book."

Then he flips a couple more pages, and winces, looking sheepish, "Annnnnnd there's mine." 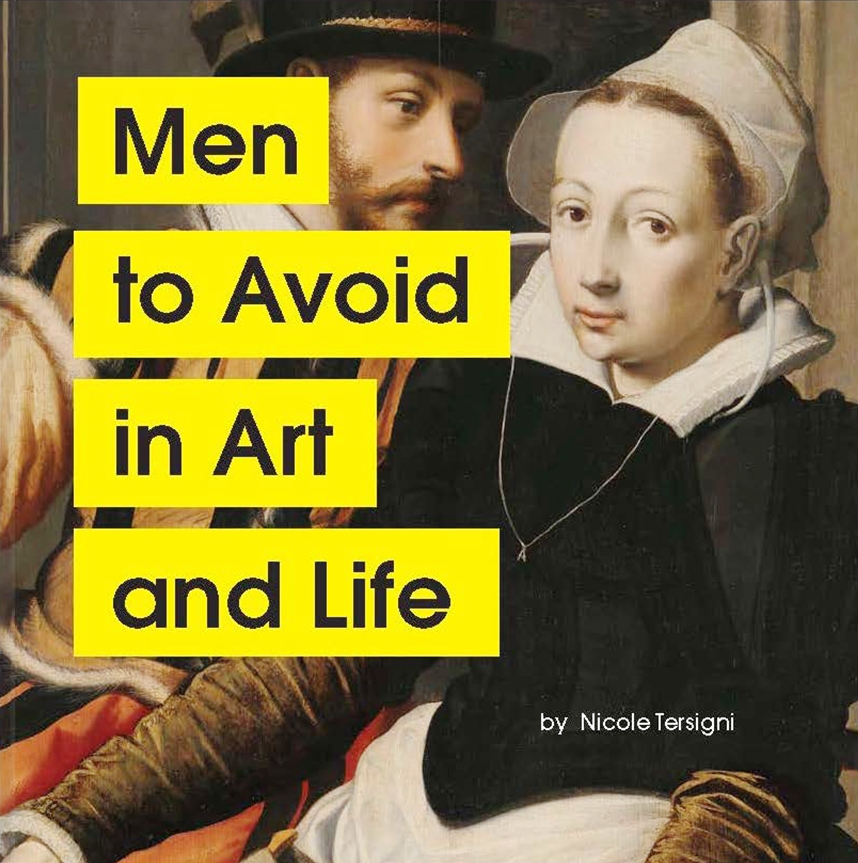 Sample pages from the publisher: 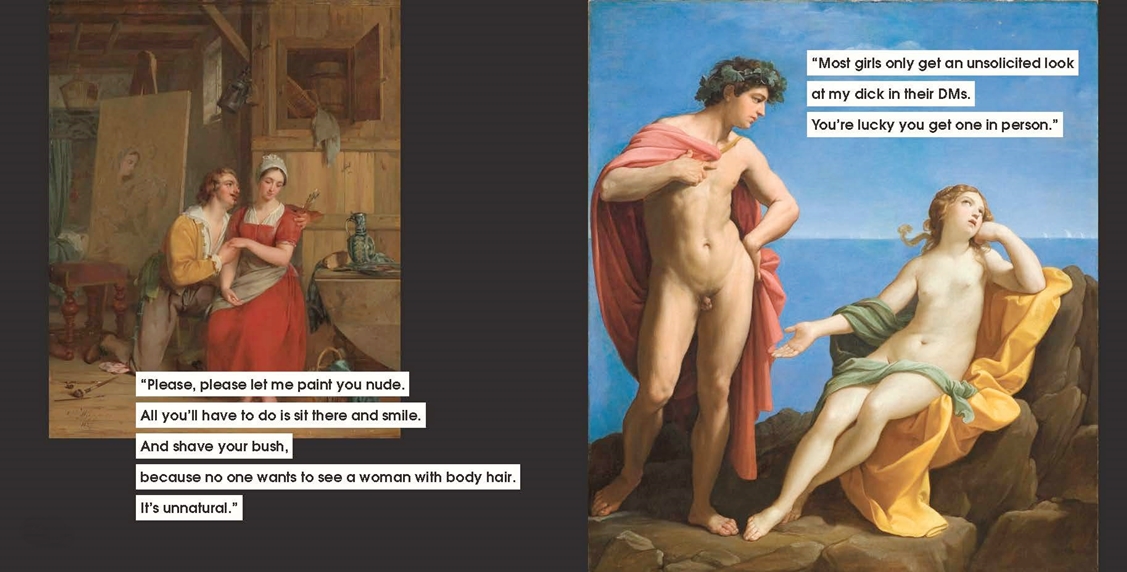 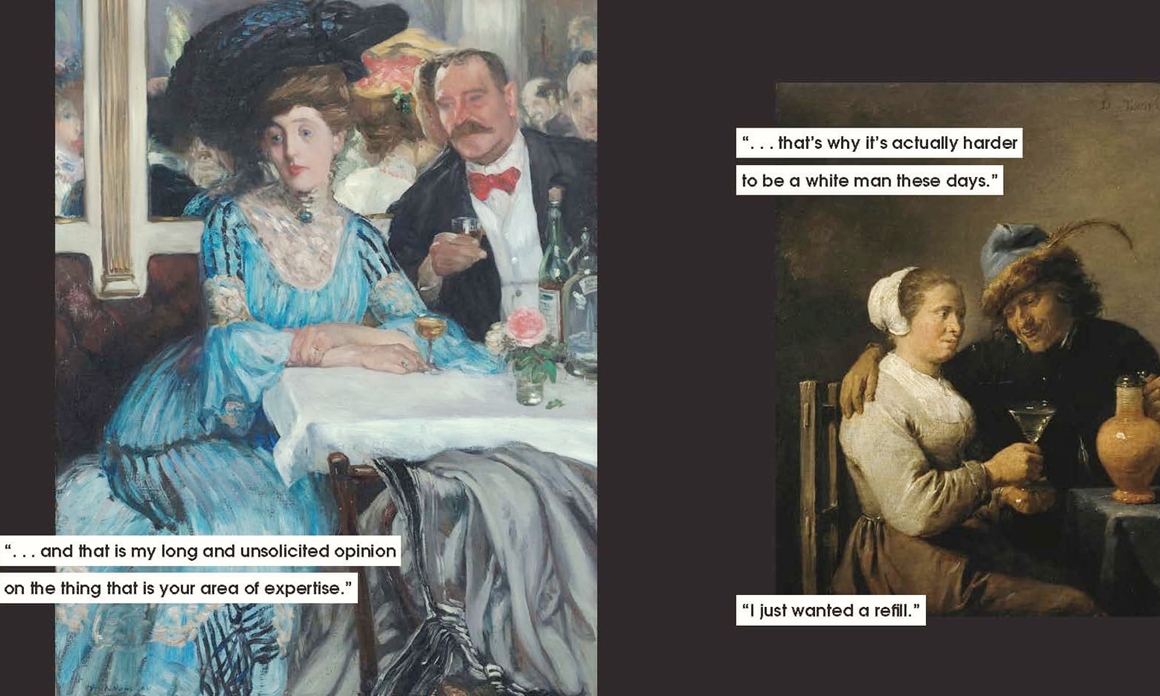 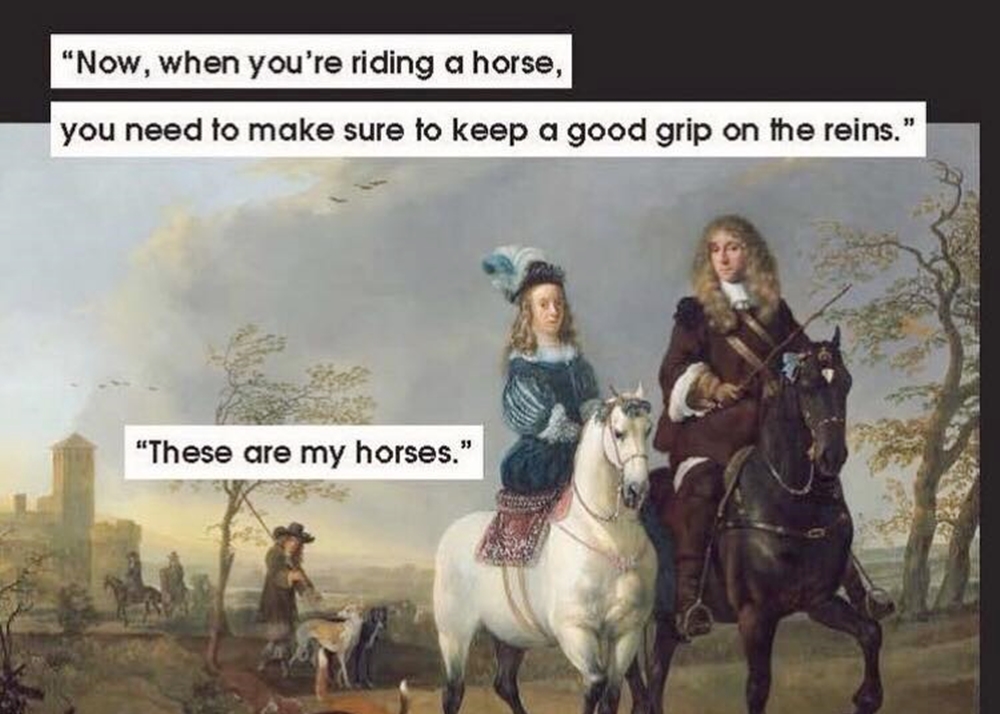 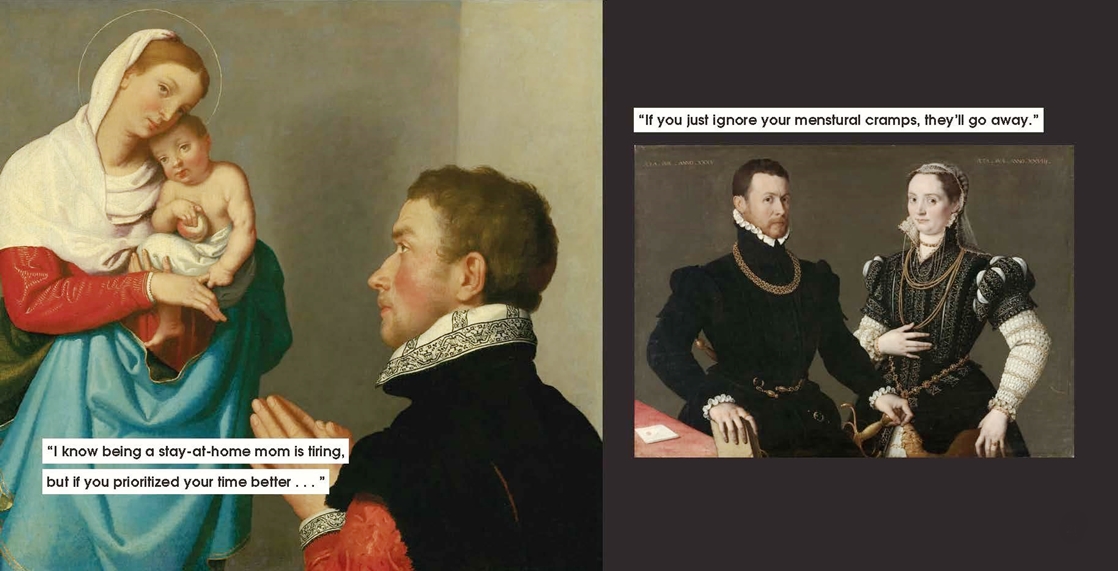 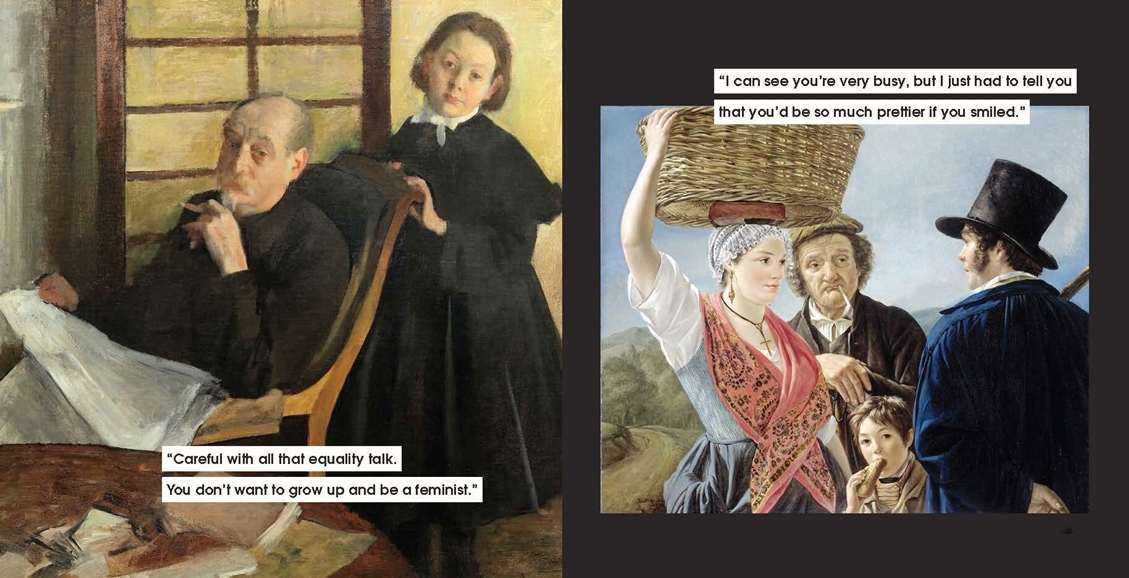 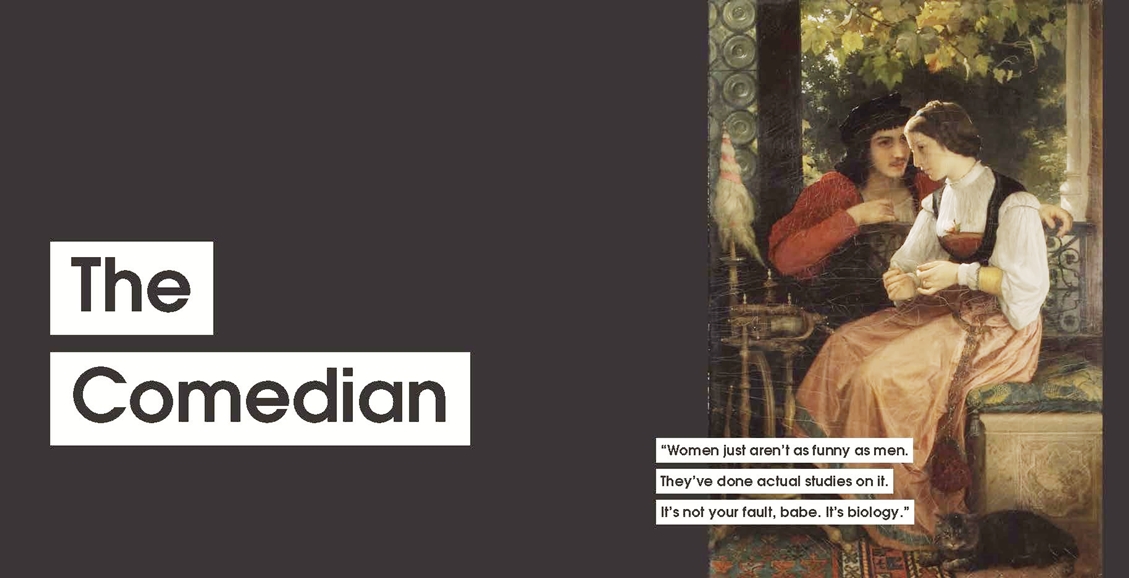