"Ain't we riding babe, ain't we cruising down . . ." (Photos: Michigan Department of Transportation)

We goin' riding on the freeway of love for Aretha

Steer onto the Lodge and savor pure Detroit signs saluting the queen. Bonus point if you've got a pink Cadillac. 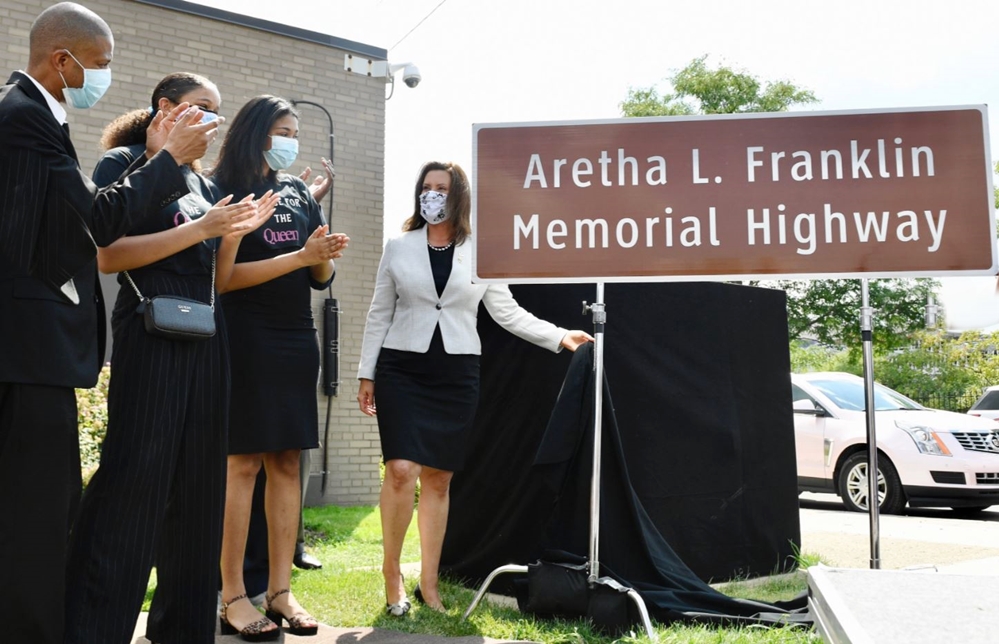 The governor with Franklin's son Edward and the singer's granddaughters.

The new tributes are on both sides of the freeway near Pallister Avenue in the New Center area. The Detroit News covers Monday's dedication remarks by Gov. Gretchen Whitmer outside a nearby union local:

"The people of Michigan are proud to claim Aretha Franklin," Whitmer said. "Now as people from all over the world travel to Detroit on the Aretha Franklin Memorial Highway, they will be reminded of the profound impact that she had on the city and on the state."

Franklin's hit songs, including "Freeway of Love," blasted through speakers at the unveiling ceremony. ...

A 2019 legislative bill that renamed the freeway portion between I-94 and Livernois Avenue was bill was sponsored by Rep. Leslie Love, D-Detroit. Six Republican representatives and five senators voted against the move, arguing that memorial highways should honor only military veterans and first responders.