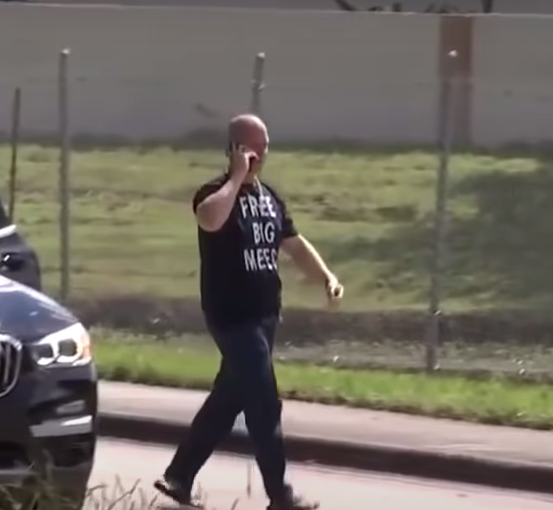 Richard Wershe Jr. on day of his release in July

Richard Wershe Jr., a convicted Detroit drug dealer who was released from prison last month after 32 years behind bars, tells WXYZ things are good since he returned to Metro Detroit to start life anew at age 51.

"I’m living good," Wershe, aka "White Boy Rick," tells Simon Shayket. "I have a tremendous support team behind me of family and friends." Wershe is engaged to woman he has known since middle school.

He's working on projects to help other people since being released from a Florida prison where he was serving three years for a non-drug related case he got while behind bars in the witness protection program. He did not explain further what he's now doing.

But the Daily Mail, a London-based publication, reports that Wershe is involved in projects to help prisoners.

"I'm working to advocate for people who are in the same situation as I was – non-violent offenders who are in maximum security prisons or serving substantial sentences beyond what they should be. Where is the equity in justice? That's what I want to advocate for."

Wershe tells WXYZ he didn't talk to the Daily Mail,  though he concedes a crew ambushed him recently on private property.

"I never did an interview," Wershe tells WXYZ. "As a matter of fact I became belligerent and I kind of caught myself. They basically snuck up on me. But I never broke my silence to the Daily News or whatever they call themselves. And it’s just more fake news that they put out."

"I have been made to feel welcome and accepted. I wasn't sure it would be that way. But a lot of people seem to feel and see I had a rough deal. I go to pay for a meal, and someone recognizes me as 'White Boy Rick,' and they say: ''I got this.'"