Former low-income Detroit hotel to be converted into upscale Hilton 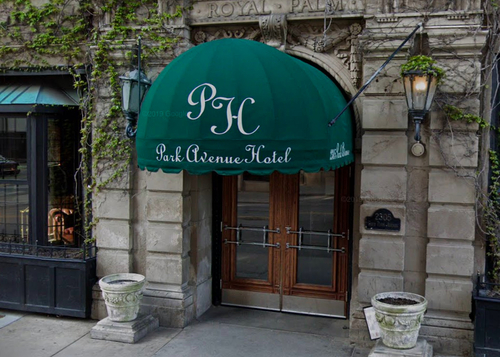 A historic downtown mid-rise that last functioned as an extended-stay hotel for low-income people has gone New Detroit on us, and will soon turn into an upscale Hilton.

The former Park Avenue Hotel will become a 172-room "Tapestry Collection by Hilton," the Free Press reports, with help from more than $6 million in city and state tax incentives.

(Remember when Detroit City Council killed a planned 500-room Crowne Plaza, which sought no incentives, because its owner was reluctant to let workers unionize? Because we do.)

The Tapestry Collection seems to be the hotel chain's effort at a boutique-style option, based on this jargony press release from its launch in 2017:

"Tapestry Collection by Hilton was curated due to customer and owner demand for original upscale hotels that cater to guests seeking reliability and value in their independent hotel choices. Each hotel will maintain its individual spirit, offering guests an experience that is approachable and familiar as well as different from other hotels."

Familiar yet different — "the best of both worlds."

What was familiar to us ceased to be in 2019, when Old Detroit's Sean Harrington sold the building after trying to evict all the low-income people living there. The sales price was not disclosed but, as per Freep, the asking price was $15 million.

Harrington, who also owns the Town Pump Tavern and Hot Taco, is also less familiar these days, having been recently canceled for saying he hoped "rioters" protesting the death of George Floyd would die of Covid.