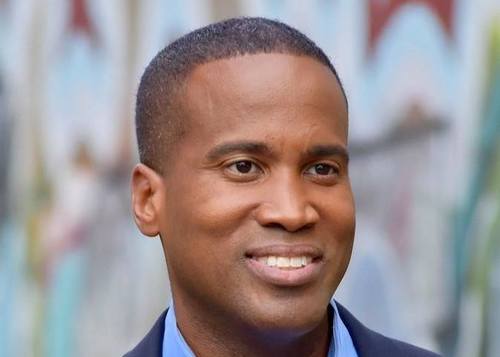 Republican John James — who's running for U.S. Senate against Michigan's Gary Peters after a failed bid to unseat Sen. Debbie Stabenow in 2018 — has cast himself as a nothing-for-free jobs creator.

James runs a small automotive logistics company and has publicly claimed he's added about 100 jobs since taking the helm.

But a new report by Metro Times reveals that picture is incomplete, if not entirely inaccurate. James, following in the footsteps of his ally Donald Trump, sought government aid and screwed up.

According to documents obtained through the Freedom of Information Act from the Michigan Economic Development Corporation and reviewed by Metro Times, under his tenure James's company took nearly $2 million in tax breaks from the state, a condition of which was that the company had to create 108 jobs. In fact, according to the documents, James's company actually lost more than 30 jobs under his leadership, and the MEDC revoked its tax-exempt status after it failed to create the jobs it promised.

The John James campaign did not respond to numerous requests for comment by deadline.

Based on the documents available, the company does not appear to have been subject to a "clawback" clause, or being forced to return the money for violating its agreement. But the facts laid out in documents run counter to another claim that James has made repeatedly on the campaign trail: that he's against "free handouts" from the government.

"Send a job creator to Washington who understands that working-Michiganders are looking for a fair hand up, not a free handout," he tweeted in 2017. The next year, he doubled down on the claim. "We believe at West Point that you don't lie, cheat, steal, or tolerate those who do, which is why I've gotten President Trump's endorsement," he said on another Fox News appearance, adding, "I've never taken a handout a day in my life."

The terms of the deal applied specifically to a Renaissance Zone in Detroit. Beyond its boundaries, Metro Times reports James created no jobs in Michigan before he began claiming he'd added 100, based on figures provided by his company to Crain's.