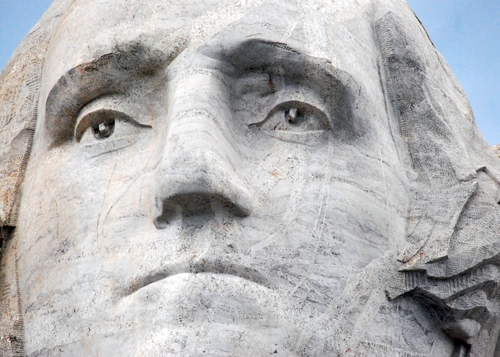 A Dearborn man made it to the top of George Washington's head on Mount Rushmore before falling 25 feet and tumbling down a slope to flee authorities. Now he'll have to pay a $1,500 fine.

Court documents show that dispatchers on Aug. 19 reported “a climber being seen on Mt. Rushmore on the top of George Washington’s head” was creating a “hazardous condition” by climbing an unsafe slope, falling and forcing law enforcement to "chase him."

Ayman Doppke, of Dearborn, said he figured rangers were going to try to catch him so he decided to go down the steepest and most dangerous route in order to escape, according a probable cause document signed by a federal law enforcement officer.