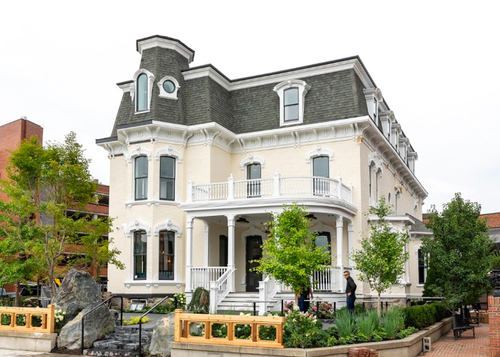 Birmingham restaurant Adachi is contending with a Covid-19 outbreak after its management failed to enforce safety protocols and mocked staff who raised concerns over the pandemic, former employees tell Metro Times.

At least six waiters and other front-of-the-house staff at the Japanese eatery have reportedly tested positive for the virus.

The restaurant temporarily closed after initial cases were reported, but has remained open as more have popped up, in potential conflict with Gov. Gretchen Whitmer's order that restaurants shut down immediately upon learning that an employee has developed Covid-19 symptoms.

Videos shot by a former employee in June and reviewed by Metro Times confirm some of the allegations — they show the restaurant filled with large parties and patrons crowded in a bar area with no social distancing and masks.

The outbreak comes after Adachi co-owner Kenny Koza in May told employees concerned about safely returning that they had “been watching too much CNN” and wouldn’t get sick, says former employee Justin Hague.

A manager defends the restaurant's protocols, noting the installation of plexi glass at bars and a sign telling patrons when to wear masks.

(Adachi director of operations David Kraus instead) pinned blame on sick employees and guests who have gone to Adachi when they should have stayed home.

“They didn't get sick because ownership and management didn’t do everything they could, they got sick because a person to the left or right of them didn't take this serious enough,” Kraus says.

Some workers allege they were fired in retaliation for speaking out, and have lawyered up and plan to file complaints with state and federal workplace regulators.

Staff also reportedly complained to the Oakland County Health Department, which performed a surprise inspection. No problems were found, but a former employee said that was because health officers showed up just as the restaurant opened, when few patrons were inside.

The health department, when reached for comment by Metro Times, did not only not respond, but alerted the sushi restaurant of the impending news story.