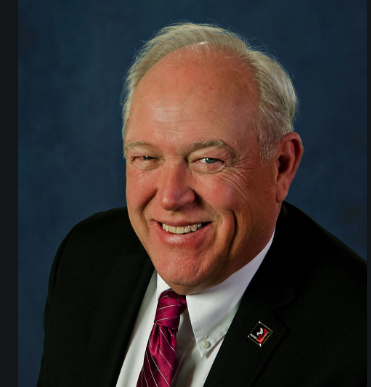 The United Auto Workers, a proud organization that was long considered one of more progressive and honest unions, has another reason to feel shame.

Federal authorities Thursday charged ex-president Dennis Williams in a criminal information with conspiring with other UAW officials to embezzle union funds. A criminal information, as opposed to an indictment, often indicates that a guilty plea is imminent.

Williams, who headed the UAW from 2014-18, is the second ex-president to be charged in an ongoing public corruption investigation by the FBI, IRS, Department of Labor and U.S. Attorney's Office.

Gary Jones pleaded guilty in June to conspiring with other high-level union officials to embezzle over $1 million of union dues. Some money went toward lavish expenses, including more than $13,000 on cigars for high-level officials. He's cooperating as part of his plea.

Williams is the 15th defendant in the ongoing probe into crooked activity involving the UAW and Fiat Chrysler executives.

Authorities say the 67-year-old from Corona, Calif., conspired with at least six other senior UAW officials, including Jones, in a multi-year conspiracy to embezzle UAW money for personal benefit.

Specifically, authorities charge that the officials concealed hundreds of thousands of dollars in personal spending from UAW conferences in Palm Springs and Coronado, Calif., and Missouri.

Between 2010 and 2018, Williams, Jones and others submitted fraudulent expense forms for reimbursement from the UAW’s Detroit headquarters for expenditures at UAW leadership and training conferences, federal authorities alleged.

In truth, however, Williams and his co-conspirators used the conferences to conceal the hundreds of thousands of dollars in UAW funds spent on lavish entertainment and personal spendin including multi-month stays at private villas in Palm Springs, cigars, golfing apparel, green fees at golf courses and high-end liquor and meals, authorities charged.

“The charges today are further steps forward in our relentless effort to ensure that the over 400,000 men and women of the UAW have honest and ethical leadership,” said Detroit U.S. Attorney Matthew Schneider in a statement.  “The UAW’s members deserve leaders dedicated to serving the members and their families, not serving themselves.”