A time to heal, a time to weep: Belle Isle memorial honors Detroiters lost to Covid 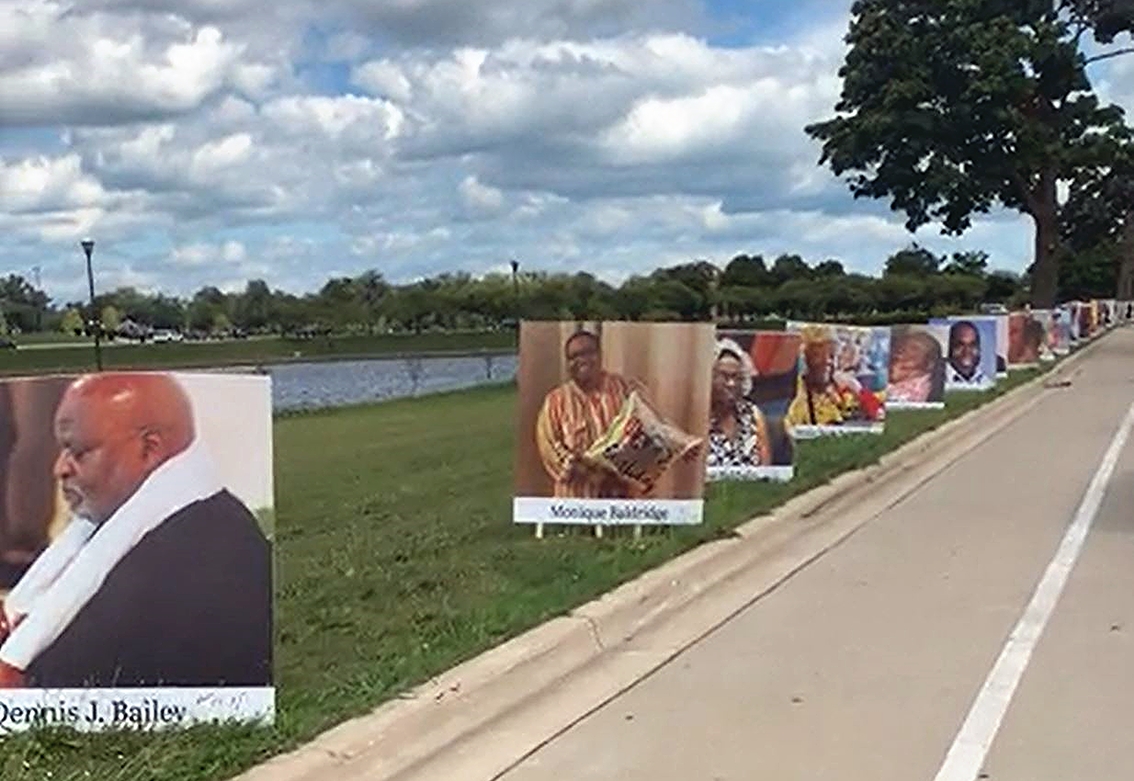 Somber, stirring portraits stare at drivers circling The Strand on Belle Isle this weekend. The large-format photos are displayed in preparation for Detroit Memorial Day on Monday, a seven-hour salute to the city's Covid fatalities.

About 900 mini-billboards, created by the city from families' snapshots, line the island's main drive as a poignant reminder of a tragic spring and summer. They represent the city's 1,508 pandemic deaths since mid-March, 23% of Michigan's total. 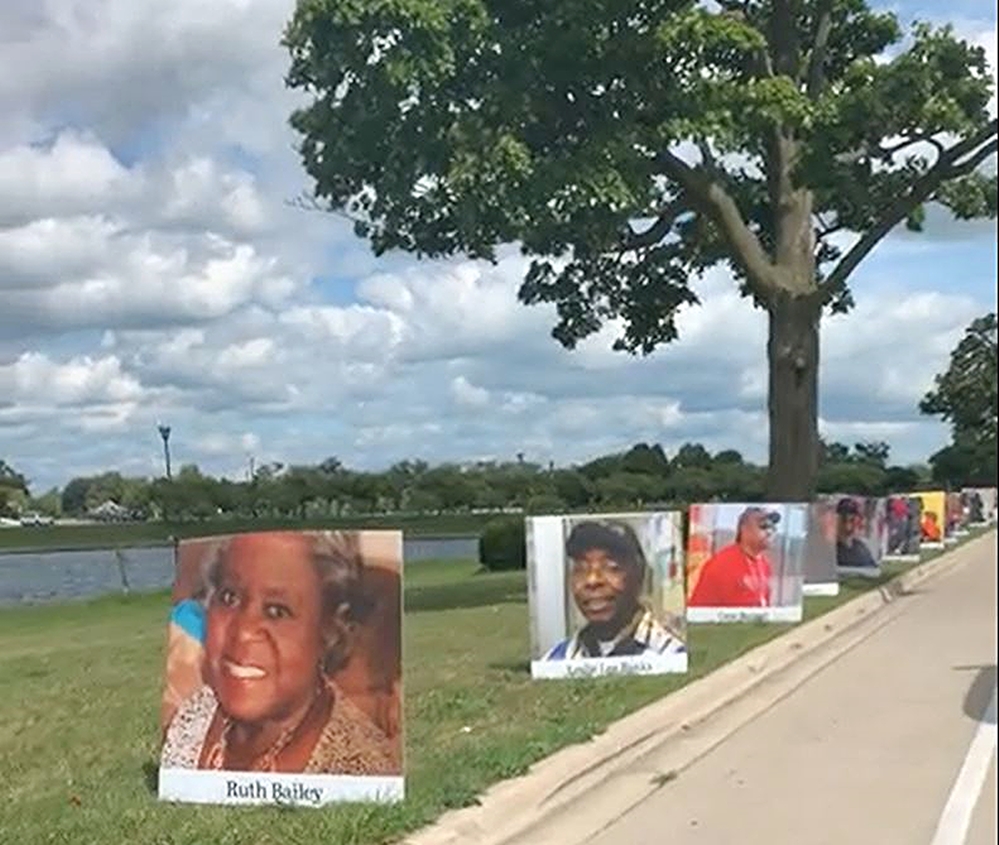 Ruth Bailey and Leslie Lee Banks also are among honorees.

The riverside park will be closed Monday from 9 a.m. to 4 p.m. for access only by family members of local coronavirus victims. At 8:45 a.m., the first of 14 funeral-like processions -- one each half-hour -- will head onto Belle Isle from an Atwater Street staging area opposite the Aretha Franklin Amphitheatre.

"Detroiters care deeply for one another and we felt it was important and necessary to provide an opportunity for members of this community to collectively celebrate the lives of those we've lost to this terrible virus," Mayor Mike Duggan says in a statement. "This is how we begin the healing process."

He asks residents, businesses and churches to ring bells at 8:45 a.m. Monday "for 15 minutes to honor our 1,500 victims and signal the beginning of the drive." The city posts these details:

Lead cars from several Detroit funeral homes will guide each of the 14 processions. ... The funeral cars will lead the processions north on Chene and east on Jefferson to Belle Isle and then around the island.

... On the island, white-gloved volunteers from the Belle Isle Conservancy, which oversees programming on the island, will greet mourners with flowers as they pass. 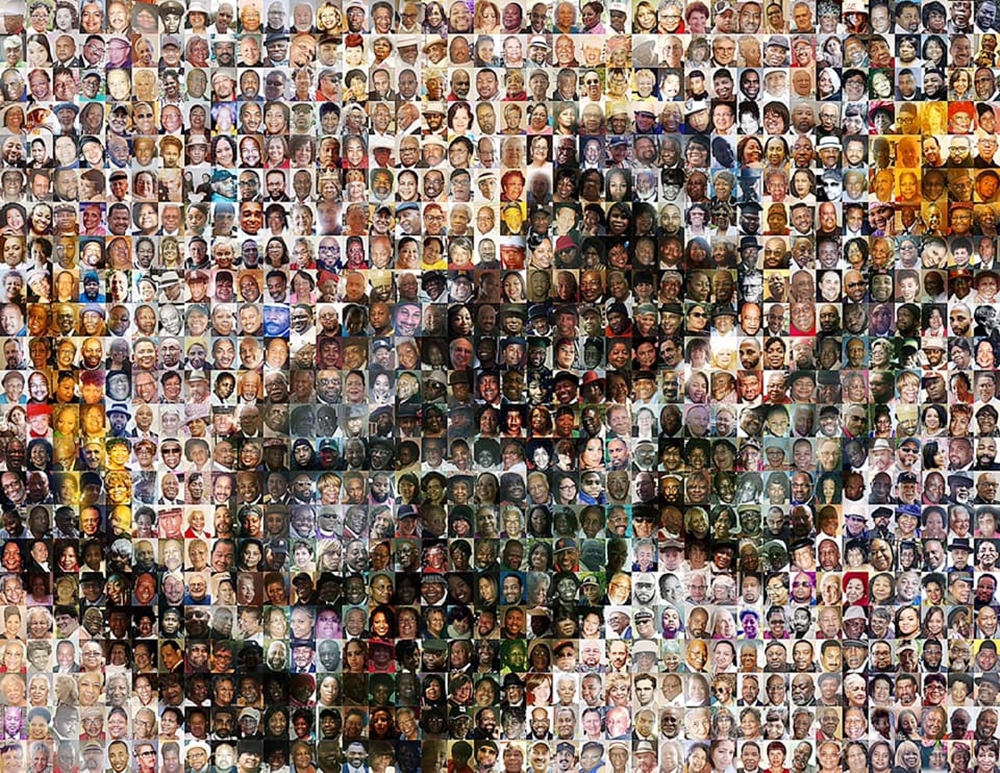 A composite of the 900 photos (right), created by graphic artist Eric Millikin, is on the cover of a commemorative program each family will receive. Millikin, now teaching in Richmond, Va., is a past art director at Detroit Metro Times (2017-18) and the Detroit Free Press, where he worked from 2006-16.

Photos with this post are from a one-minute video posted Saturday at Reddit by a user calling himself "kurttheflirt." He observes that the display "really shows the harsh reality of the pandemic and that these are real people, not just a statistic." He adds: "It hits harder in person."

WRCJ will play gospel, classical and jazz music throughout Monday's event, and mourners are invited to tune car radios to 90.9 FM and lower their windows as they circle the island.

Station hosts hosts will present occasional mini-profiles of some victims and offer messages from the mayor and Denise Fair, the city's chief public health officer. Rochelle Riley, director of arts and culture for Detroit, coordinated the memorial and will tell how it came together and how the city plans to continue honoring those lost.

The public can drive, cycle or walk past the portraits Sunday, as well as Tuesday and Wednesday, before they are given to each family.