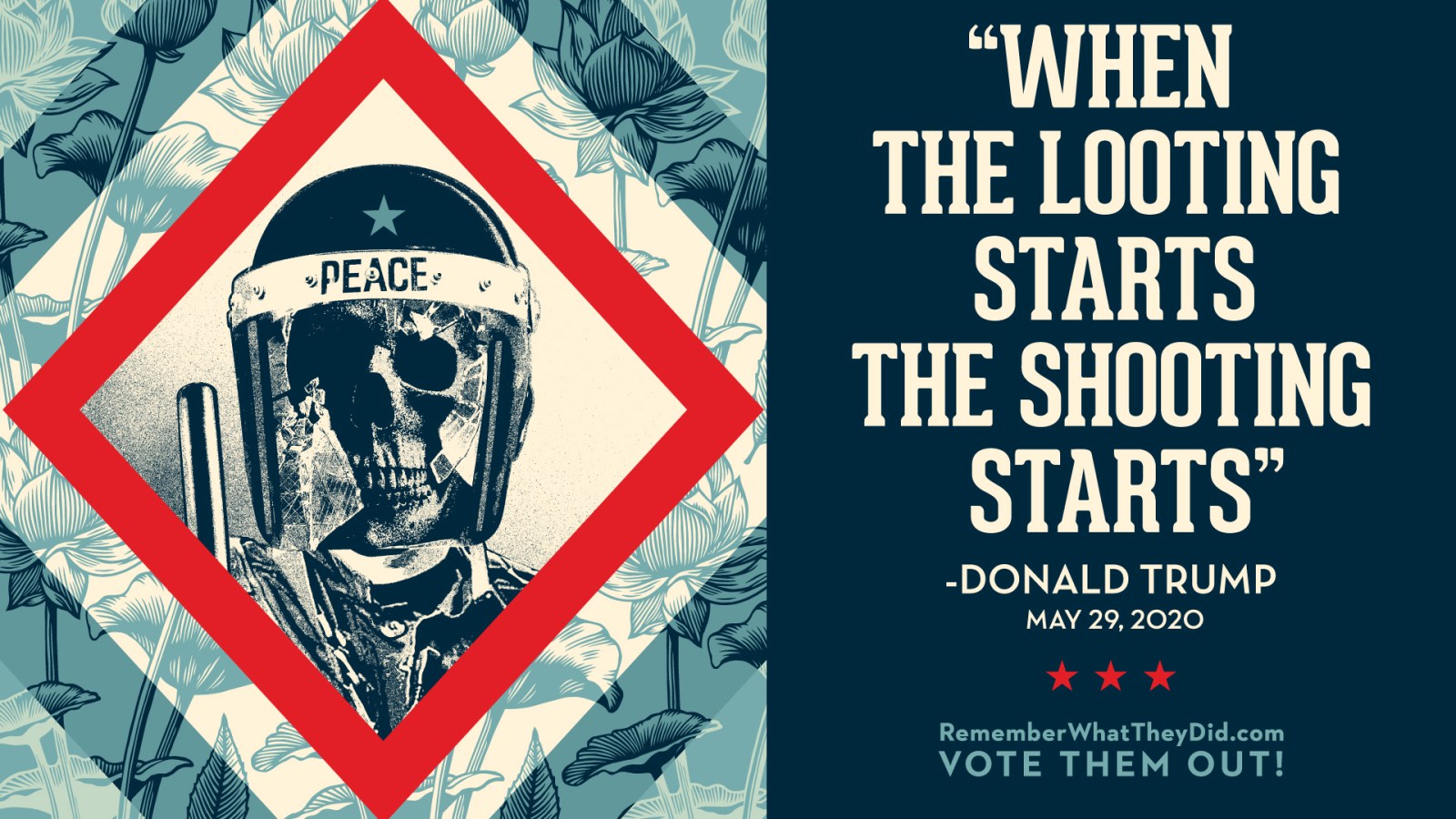 Billboard design by Shepard Fairey (Photo: Remember What They Did)

Rust Belt cities the Democratic Party has historically depended on to help elect its candidates didn't turn out so much in 2016, giving us Donald Trump. Can a billboard campaign help turn the tide in 2020?

That's the hope of the two artsy politicos behind "Remember What They Did" — a new campaign targetting "underrepresented communities in Detroit and other battleground cities." Though we wouldn't really consider Detroit a "battleground," Metro Times reports the billboards appear in its Chandler Park, Grandale, and Southwest neighborhoods. There's also one in Highland Park.

Designed by artsists including Shepard Fairey — maker of the iconic Obama Hope graphic and whatever that is in the middle of downtown — the signs highlight no-nos by Donald Trump, like the time he said "when the looting starts the shooting starts" in reference to protests against structural racism, and the time he said "fine people on both sides" in reference to white supremacists. Klansmen, Nazis (SS officers, specifically), and Trump's tiki-torch boys (who may also identify as Nazis) appear in two designs.

The goal is to engage African American, Latinx and young voters, who "are frequently underrepresented at the polls and not reached with traditional political advertising," the Remember What They Did campaign says. It was conceived by two white men in their 40s from DC, Robin Bell and Scott Goodstein, along with the PAC Artists United for Change.

There's also a billboard design featuring a quote from Sen. Lindsey Graham who, though not from Michigan, once said he didn't care if migrants stayed in camps for more than a year. You can donate to help place that piece in Detroit, which costs about $12,000 per month.