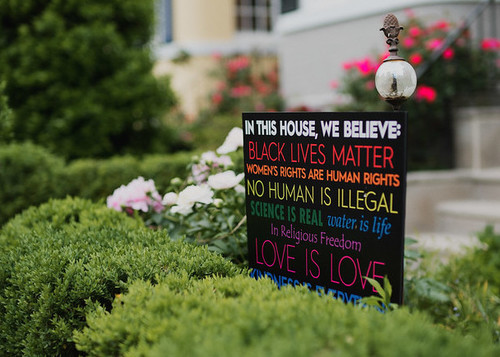 No sharing your beliefs on your lawn in the Macomb Township River subdivision.
(Photo: Flickr, Mike Maguire)

A Macomb Township subdivision faces questions over a yard sign ban one resident says was enforced only after she put out a Black Lives Matter display.

The Macomb Township River community says it has banned all signage, but a teen with a Trump sign in his front yard tells Fox 2 his house didn't get a notice. Others were. The woman who thinks her BLM sign was the catalyst is not identified.