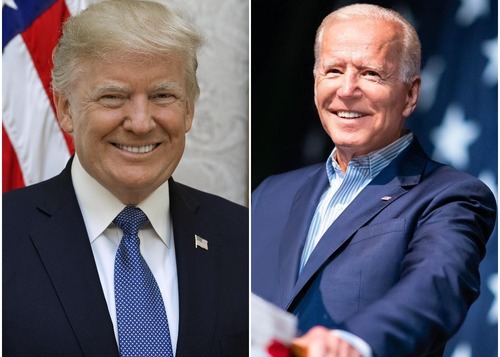 Joe Biden is trying harder in the battleground that is upper Midwest amid fears Trump's "law and order" message is helping him gain steam with white voters.

He delivered a forceful anti-Trump speech in Pittsburgh, afterward bringing pizza to a firehouse. He began giving newfound attention to Minnesota, a state Democrats haven’t lost in nearly 50 years, and his campaign is eyeing potential trips to Wisconsin and Michigan.

Biden also began running ads in places like Michigan, Pennsylvania and Wisconsin — three states that secured the presidency for Trump in 2016 — that show empty football stadiums and text that reads, “Trump put America on the sidelines. Let’s get back in the game.”

“I understand why folks might be a little anxious — we’re all anxious about a lot of things because nothing is normal right now ... But in terms of this week, and this speech, I think Joe Biden showed that he can lead. ... The law-and-order issue by itself is Trump exploiting fear. And people are beginning to hear those dog whistles and see them for what they are.”

Rep. Andy Levin, who represents a portion of Macomb County, has meanwhile reportedly been pushing for Biden to visit.

“I don’t need Biden here on Nov. 2,” he said. “I need him here — I’m pushing for him as early as possible, before all the absentee balloting gets going.”

He said he has heard from a number of lukewarm Biden supporters who felt reassured by his Monday speech.