Savor whatever treats we get in the stormy cruise of 2020, fellow passengers. This year that takes away hugs, handshakes, games and peace of mind hasn't taken away a legendary Detroit bakery.

It's as though an old friend tosses a donut-shaped life ring to customers who're adrift. A shaken city turns its hungry eyes to you, Dutch Girl. 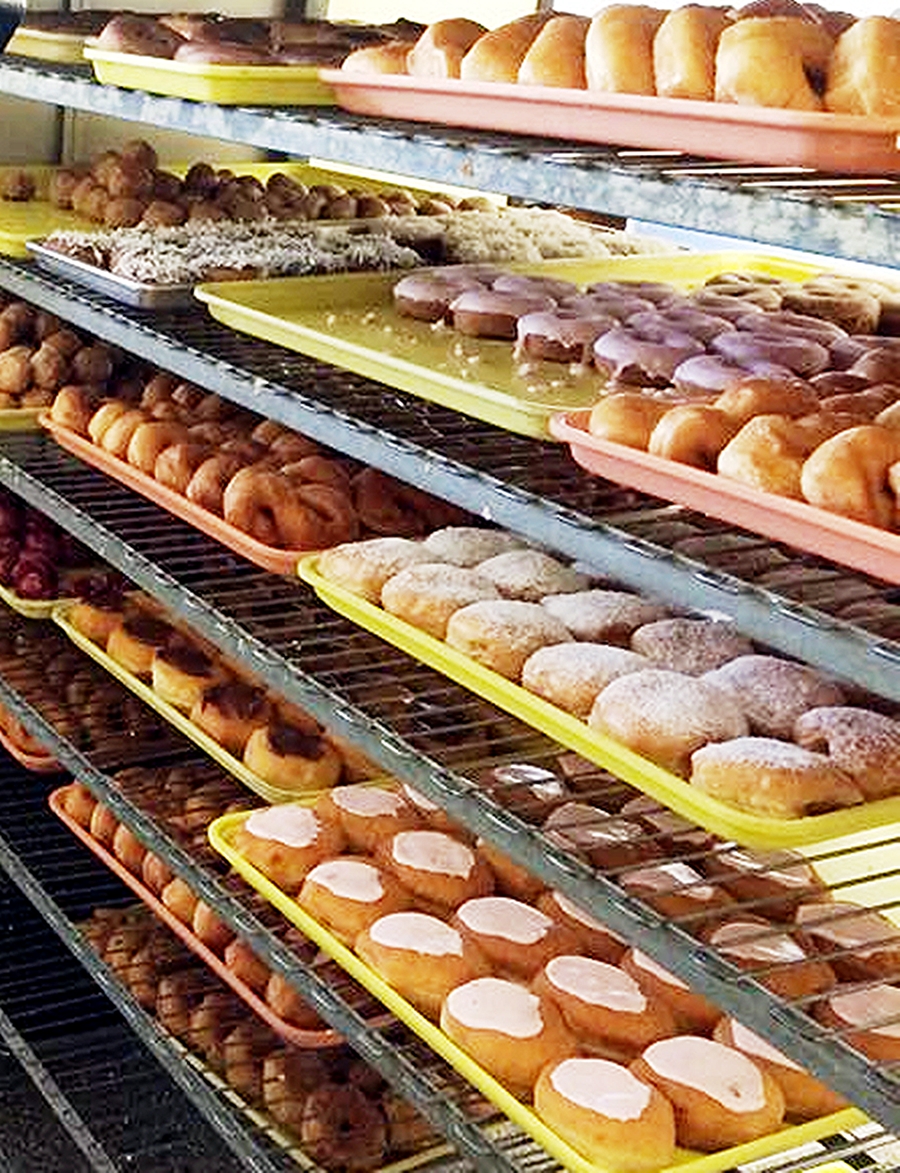 The bakery's Facebook post is shared about 900 times in just over half a day and earns nearly 300 welcome-back comments. "Hallelujah!" posts Detroit photographer Ara Howrani. "Thank God. I've been craving y'all!" says Nolan Grafstein of Roseville.

Tuesday's announcement by the landmark just south of Seven Mile Road is its first Facebook post since a prematurely optimistic one July 18: "We are working on reopening soon."

Now plexiglas shields are installed, distancing markers are posted and a mask reminder is on the door. 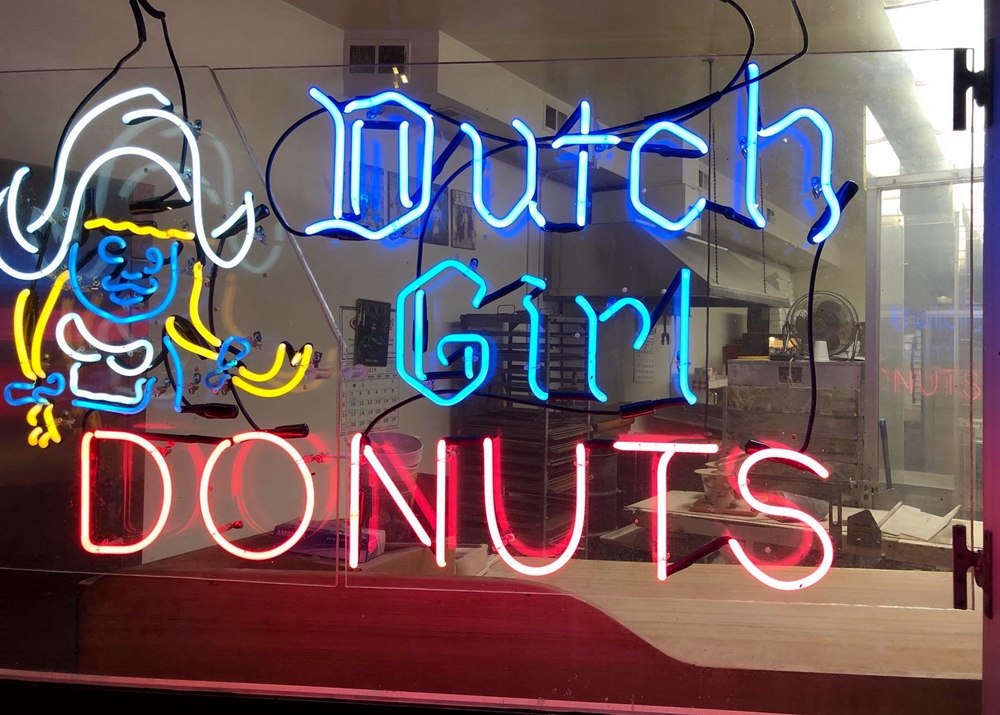 Aaron Mondry sketches the seven-decade heritage in a 2015 post at Model D:

Everything about it is old-fashioned, from its recipes to the image of a Dutch woman dressed in a bonnet and clogs on the shop's blue and white awning. It's the same awning they've had for the shop's entire existence.

And the donuts are pretty much the same, too. "Very little has changed in the way we make our donuts," says owner Gene Timmer.

... Dutch Girl Donuts was started by [his] parents, Cecilia and John. "Mom ran everything," says Timmer. "She'd work 14 hours in the store, then go home and do the books." Cecilia is also the "Dutch girl" in the shop's name.

John Timmer was no slouch himself. He built just about everything in Dutch Girl, from the wood countertops and cabinets to the proofing rack made out of aluminum reclaimed from an aircraft. Gene and his father built the table by the front window on which they made every single donut for the store's first 30 years. ...

His son, Jon, started managing the store after returning from the Navy. "Making donuts is a lot easier than landing an aircraft on a carrier," says Jon.

Video: A Brief Chat with a Third-Generation Donut Maker at Dutch Girl Donuts