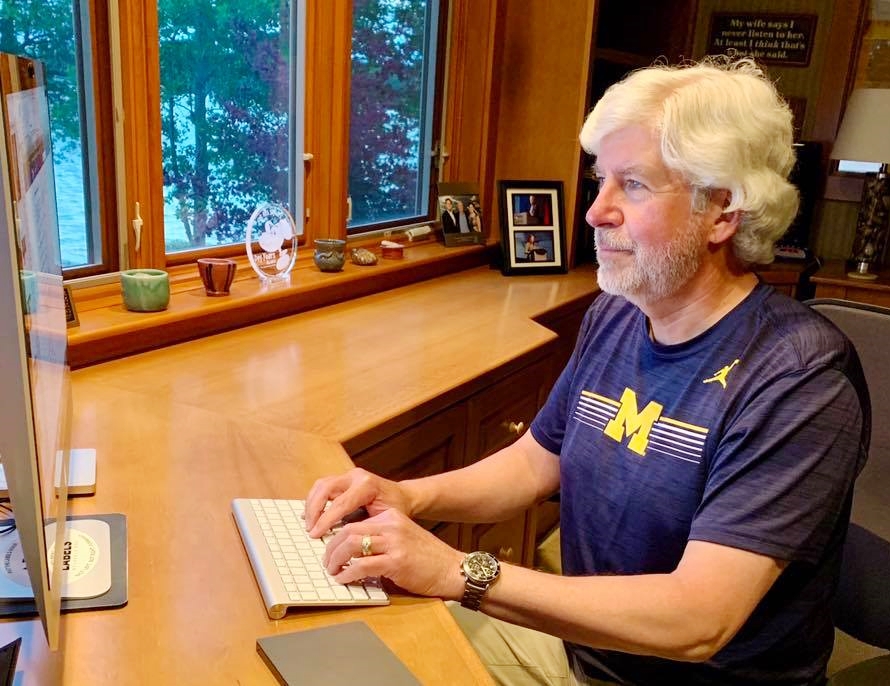 Rick Snyder: "I had to deal with bullies over many years." (Photo: Facebook/June 2020)

Trump, Snyder writes, is a bully. And that's not all:

A great leader treats people with respect even when they present different opinions. Without a variety of views and opinions, we would have no innovation or creativity in our nation. Being a bully and being strong are not the same thing. Being strong is standing up for your convictions. Being a bully is trying to intimidate those who are perceived to be weaker or a threat. As a proud nerd, I had to deal with bullies over many years; it is tragedy watching our world suffer from one.

Trump, he continues, also lacks a moral compass, ignores facts and science, is ignorant of far more and as for that economy?

...it reminds me of the old expression that it is better to be lucky than smart. Some regulatory reforms have been helpful. But his tax reform was a failure. It didn’t have real long-term value, enriched large corporations and violated the basic principles of good tax reform to be simple, fair, and efficient. In the foreign policy area, there have been some good agreements, but overall, our nation is no longer respected as a leader on world affairs.

Biden, on the other hand:

...has shown the desire to heal a deeply divided nation; has demonstrated strong moral character and empathy; and he seems willing to listen to people who have different perspectives from his own.