MSU and Alma College will take Klansman's name off buildings

Two Michigan campuses are getting rid of a hooded skeleton too embarassing to ignore any longer.

Stephen Sutherland Nisbet, a Ku Klux Klan member in the 1920s who became a trustee at Michigan State University and Alma College, no longer will have buildings named in his honor. 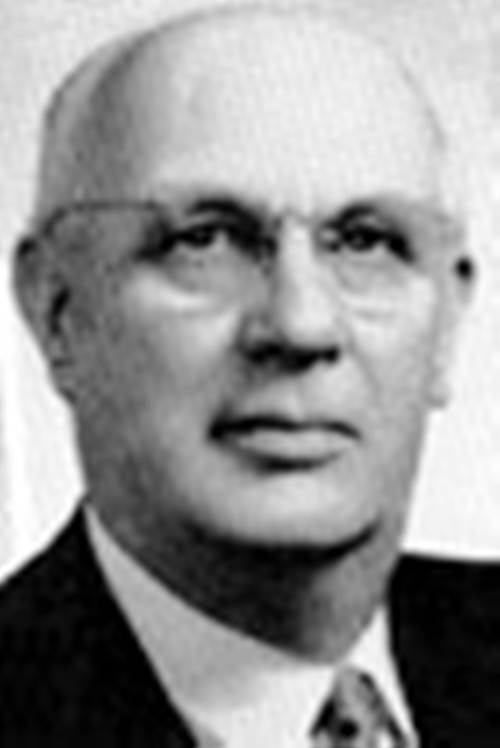 The changes come amid new scrutiny of racist reminders carved in concrete nationwide.

"We want to make sure that our buildings reflect the values of our institution," says MSU President Samuel L. Stanley Jr., The State News reports. "Having a safe and welcoming and inclusive campus is extremely important."

Trustees will vote Friday on a board committee's recommendation to stop using the Nisbet Building as the name for human resources offices. It'll be known by its address until the name of a major donor or other distinguished alumnus is picked to replace the racist ex-trustee, a board member from 1964-70. The building was named for him in 1974, soon after it opened at 1407 S. Harrison Rd.

Headstone for the Klansman and his wife of 41 years at Maple Grove Cemetery in Fremont. (Photo: Jason Felton)

Nisbet, a 1919 graduate of the college in Gratiot County, was on its board from 1944-86. "The executive committee of the Alma College Board of Trustees has voted to rename Nisbet Hall [a dormitory]," President Jeff Abernathy says Saturday in a statement. "It's important that we have critical conversations about how and why we honor certain individuals. ... Alma College denounces racism in all forms." As in East Lansing, a new name isn't chosen yet.

Abertnathy cites "strong evidence ... that Stephen Nisbet was a member of the Ku Klux Klan." He died in 1986 at age 91.

Here's how MSU's statement puts it: "It has recently come to light that Mr. Nisbet was  involved in activity that conflicts with the values of Michigan State University. ... His involvement with the KKK cannot be ignored."

Actually, the racist activities were overlooked for nine years since a British scholar documented them in a book published by -- wait for it -- Michigan State University Press. 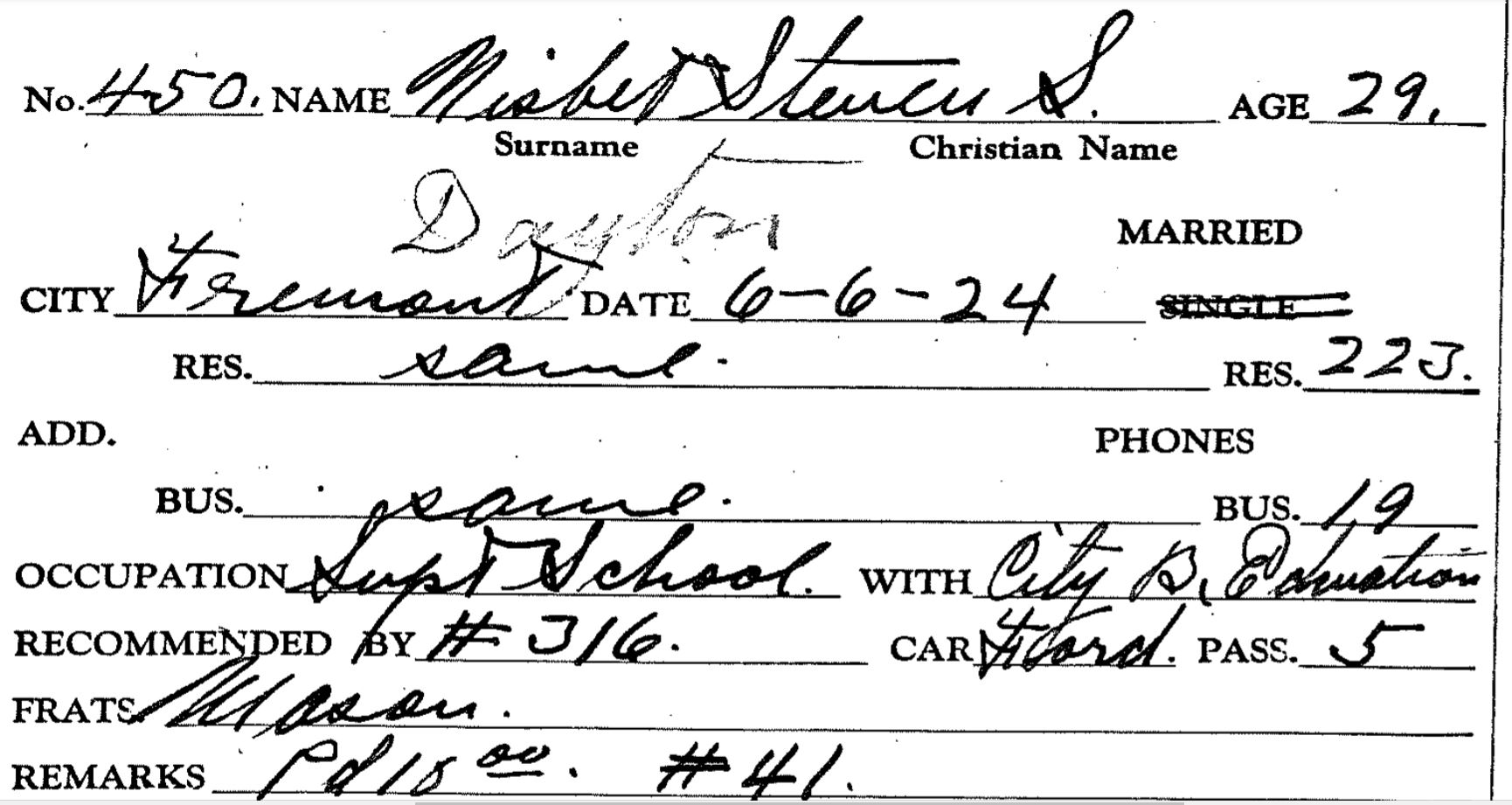 The card is part of a large set summarized by the campus library: "The collection includes approximately 2,400 Ku Klux Klan membership cards for Newaygo County, Michigan, 1923-1926." 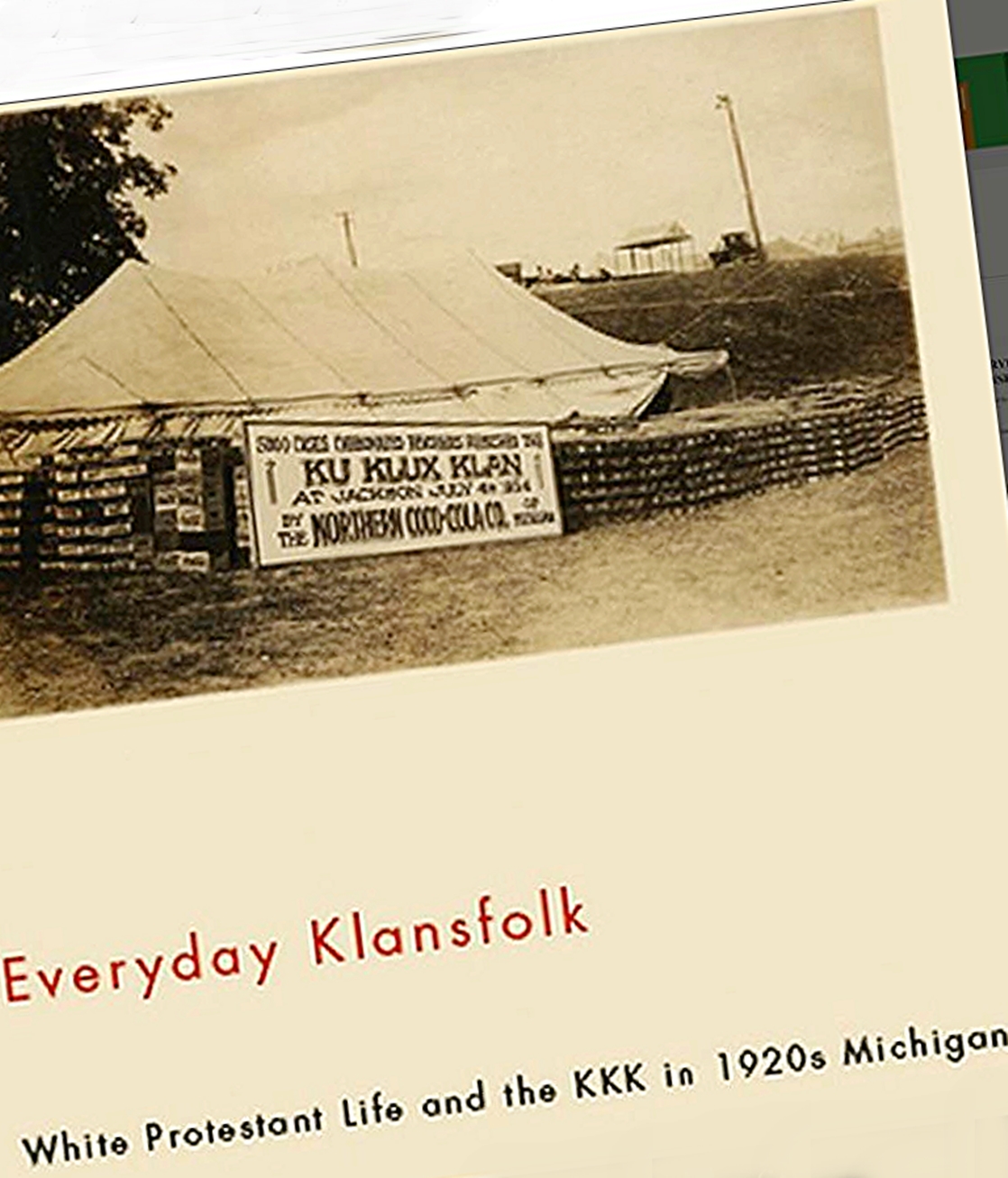 "Everyday Klansfolk" by historian Craig Fox, issued by the East Lansing academic publisher in 2011, mentions Nisbet on five pages. The 274-page book, still in print, is subtitled: "White Protestant Life and the KKK in 1920s Michigan."

"Klansman Nisbet ... was a key figure in the general education of much of Newaygo County's youth," the author writes. He headed the youth division of the Newaygo County Sunday Schools Association, which the books says "was replete with Klan names."

After three years as Fremont High School principal, Nisbet became the public district's superintendent in 1923 at age 28. He later was a Republican National Convention delegate and president of Gerber Baby Foods.

MSU board meeting minutes from 1974, quoted by President Stanley, say the campus site "was named for Mr. Nisbet in recognition of his deep commitments to education, business, government and the general welfare of the people of Michigan."