"The Girl with the D Earring," as Sydney G. James titles the nine-story work finished Monday, is a take on Dutch painter Johannes Vermeer’s best-known canvas – "Girl with a Pearl Earring," created in 1665. In addition to an Old English "D" left ear decoration, the local version has signs and logos of historic North End and Paradise Valley businesses such as Angie's barber shop, Apex Bar on Oakland Avenue and Red's Jazz Shoe Shine Parlor, founded by Willie D. Thomas in 1949 on Oakland. 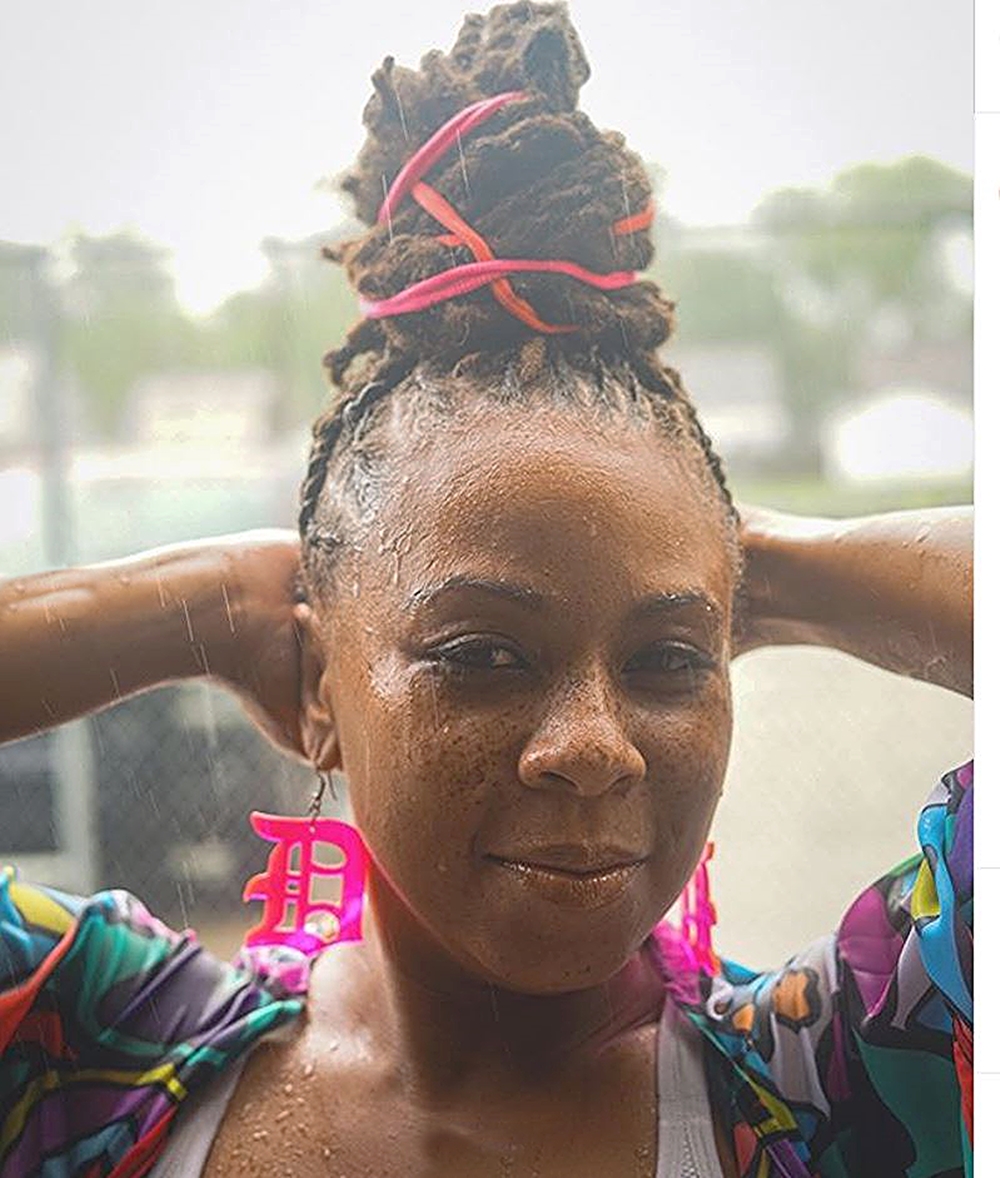 The artist with the pink D earrings says her project is "waaay more challenging than I expected."
Photo: Instagram/Lamar Landers)

James posted Sunday that the "8,000-square-foot mural with job site obstacles is waaay more challenging than I expected. But 6-7 days still ain't bad. I'll take it."

The 41-year-old artist, whose skills are on view in Eastern Market and around Detroit, graduated from Cass Tech High School ('97) and earned an illustration degree at the College for Creative Studies ('01). Late this week she heads to Denver to participate in a yearly Crush Walls mural festival in the River North Art District -- that city's Sept. 14-20 counterpart to Murals in the Market.

James' creativity has been displayed at MoCAD, the Charles H. Wright Museum and Detroit galleries.

The work in progress on a brick "canvas" was commissioned by The Platform, a developer that last year began a $16-million overhaul of the empty nine-story former storage building at 2937 E. Grand Blvd., built in 1913. It's being turned into offices and studios for a creative center called Chroma Detroit. The mural replaces a rainbow-like display of dripping colors that had been on the building since 2009.

"Sydney’s stunning mural is the perfect celebration of our city and its people," says a statement from Peter Cummings, executive chair of The Platform.

Project progress photos by Lamar Landers are from James' Instagram page. The last image is from Sunday. 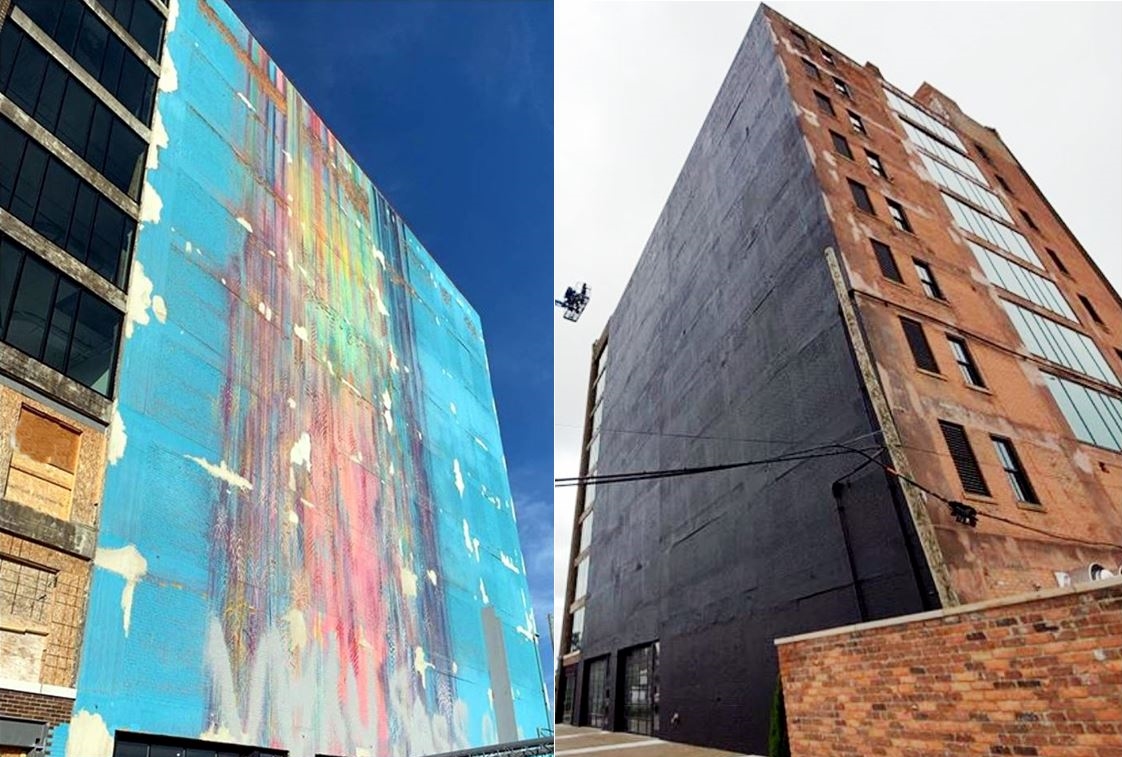 The brick canvas, before and after preparation for a new look. 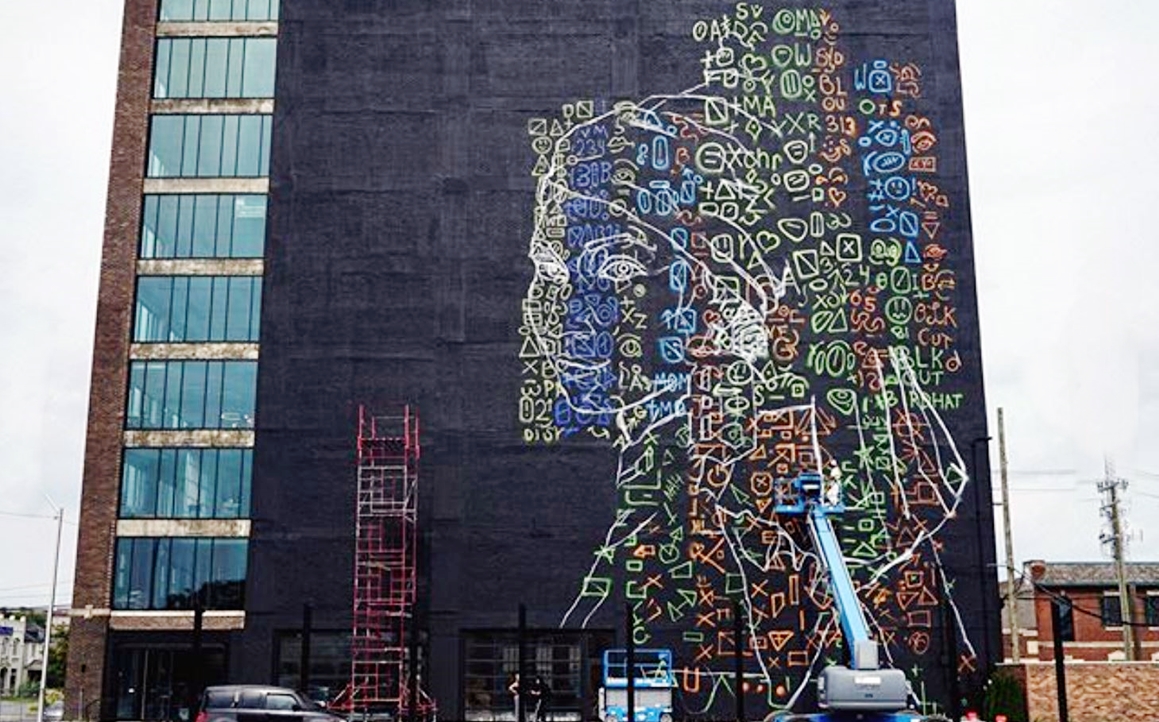 On day one (Sept. 1), James outlined her work with coded characters that look like hieroglyphics. They presumably are shape and color cues. 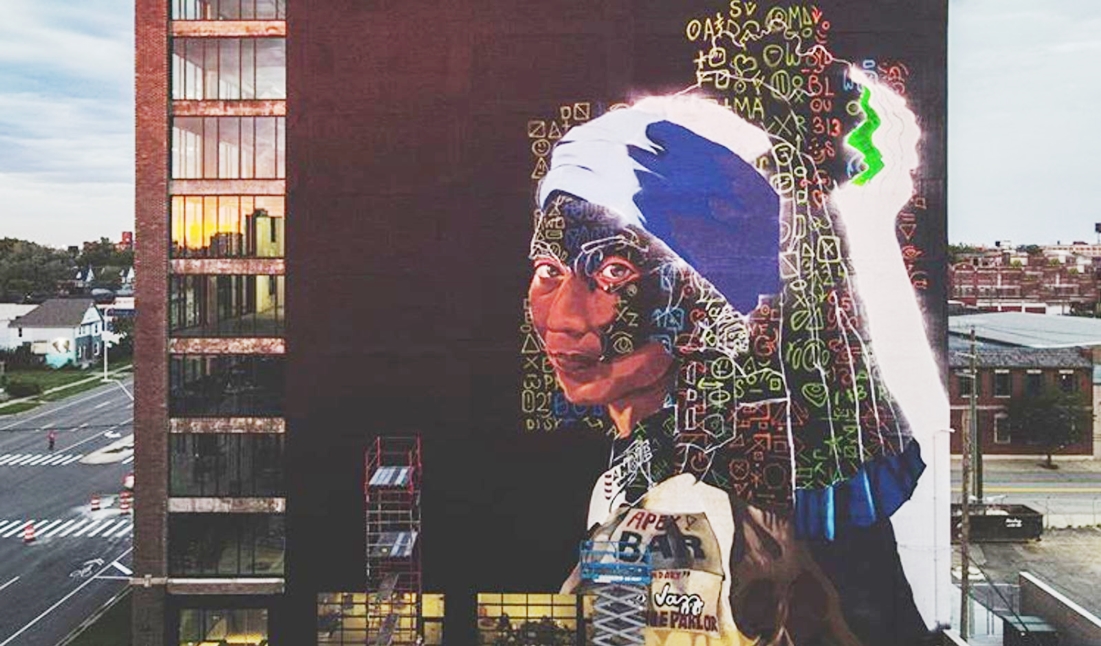 After three days, a face and headwrap begin to emerge, almost like a pre-digital photo developing in a darkroom. 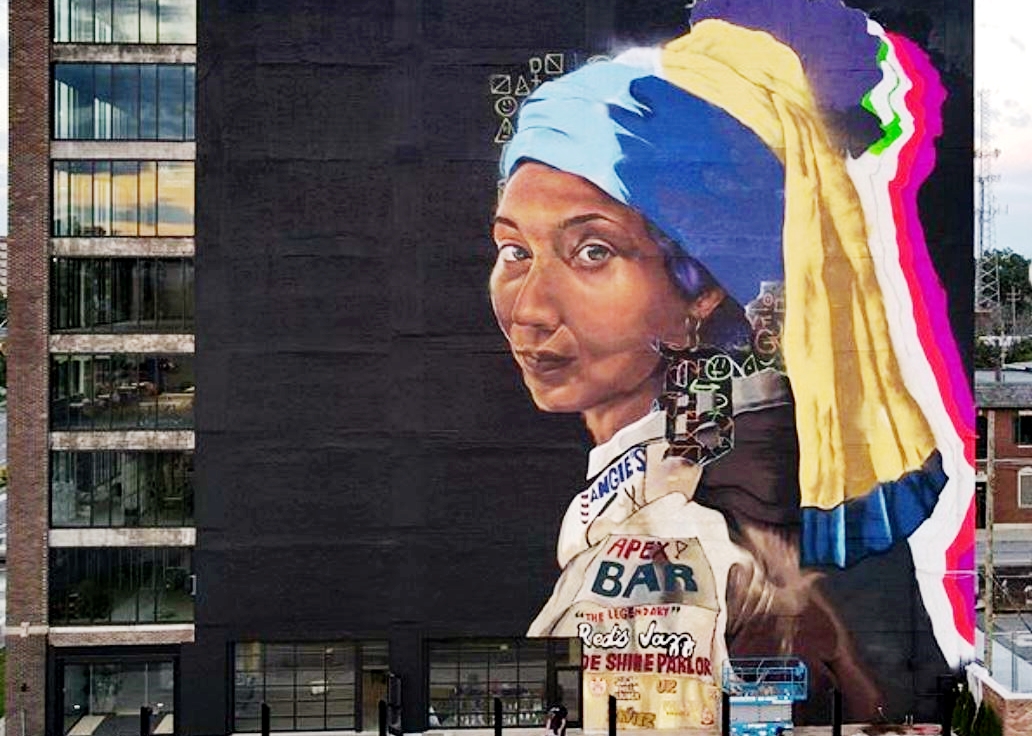 Near-final status as of Saturday, Sept. 5. 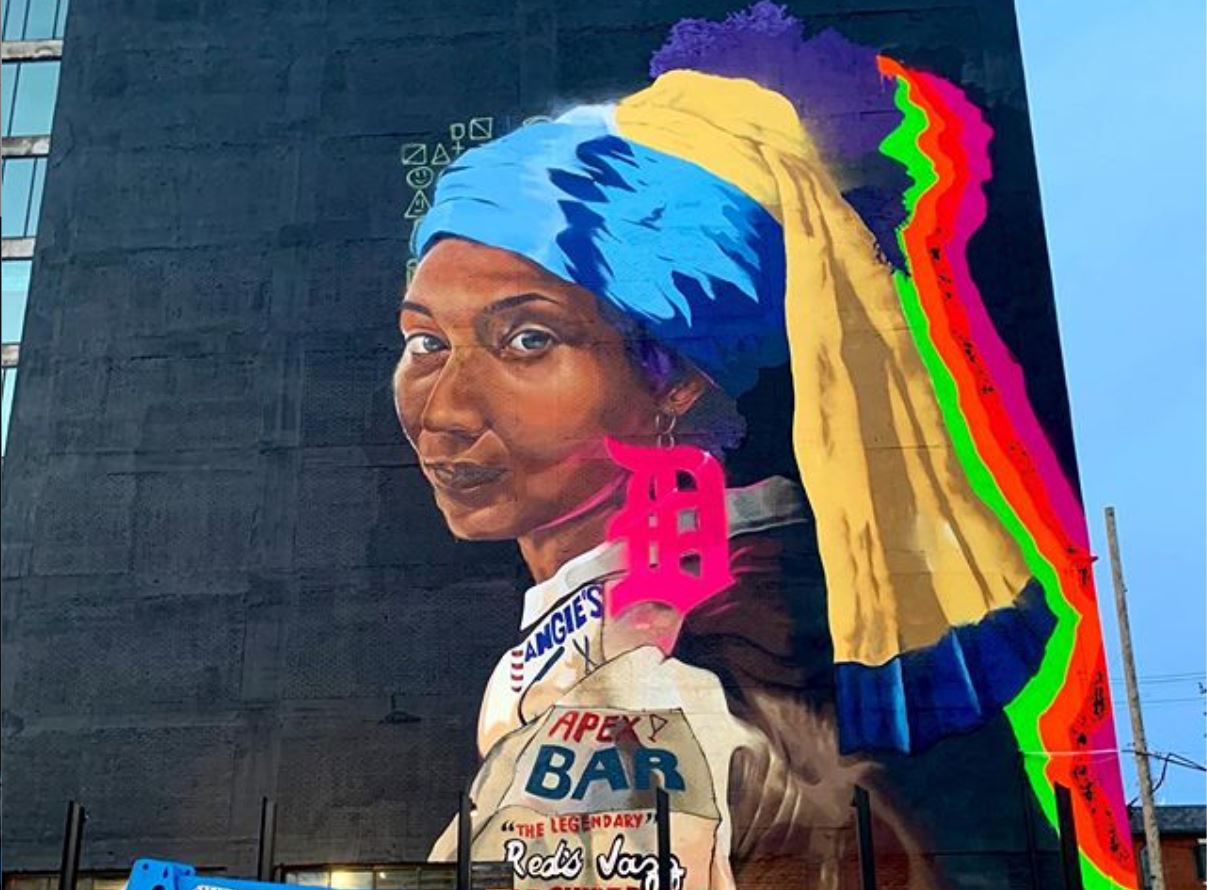