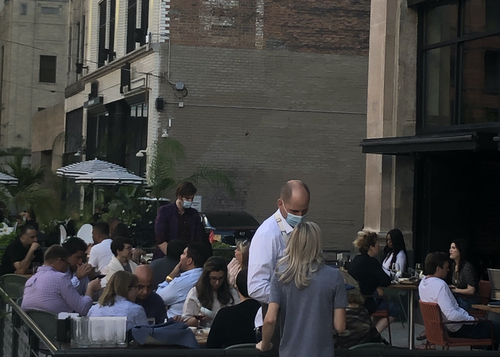 Many of Detroit's most-patronized restaurants are having a difficult time getting through the pandemic, and government programs to help them survive aren't helping at all.

Metro Times reports on the rocky path various restaurateurs are attempting to travel, the choices they're making, and how none of them seem to be the right one:

As the pandemic stretches into its sixth month, the three eateries' stories [Magnet, Takoi, Adachi in Birmingham] are emblematic of the nearly impossible situation facing the state's restaurant owners and employees. They say the federal government's flawed Paycheck Protection Plan "bailout" has failed the industry because its design pits owners' and staff's financial interests against the health of employees and diners.

... "The way the PPP loan is offered doesn't really support small restaurants that want to operate in a safe way and under the capacity limitations through the pandemic," (former Magnet manager Jesse Nigl) tells Metro Times. "The only thing you can do is scale back to something that's dependable and consistently safe."

...Instead of a bailout that kept people safe, the PPP's design requires restaurants to put staff back to work. Restaurants can't operate at more than 50-percent capacity, but they have to use 75 percent of the PPP money on payroll. The numbers don't add up, Nigl says.

With the end of patio season -- which has allowed restaurants to seat customers in the safer outdoors and "tread water," they say -- some will approach a crisis as the year ends.