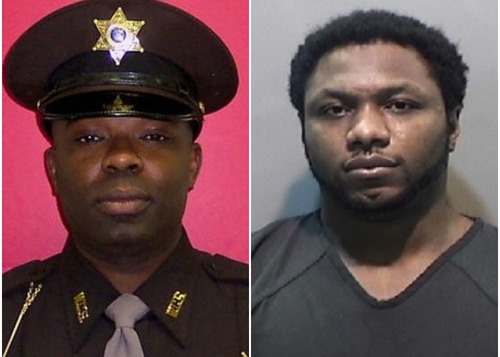 Flags around the state will be lowered in honor of Wayne County Sheriff’s Corporal Bryant Searcy Thursday, who was killed last week by an inmate at the county jail.

Gov. Gretchen Whitmer has ordered U.S. and Michigan flags on public buildings and grounds across the state to be flown at half-staff.

Searcy was a member of the sheriff’s office for 18 years. On the evening of Sept. 2, he was attacked by a inmate while patrolling cells. The corporal was discovered by deputies and rushed to a hospital, where he was pronounced dead. He is survived by his wife and daughter.

Deandre Williams, 28, was charged Wednesday with first-degree murder in the killing. He'd been housed at the jail for an alleged carjacking.