LeDuff: Michiganders are not six feet apart, and far from done with Covid

So I'm at the hardware the other day, looking over tape measures.

There's a guy in the same aisle wanting to look over the tape measures too. He's wearing a surgical mask. That's good. But it's tucked under his chin like a paper bathing thong. Not so good.

Worse, the guy's right up on me. I mean, like right up on me, like he's getting ready to mount a baby alpaca at the county fair. This bothers me. I don't know the guy. I don't live with him. He's endangering me, man. But management isn't going to compel him. They don't need the trouble. There are no health inspectors around. So what are you gonna do? 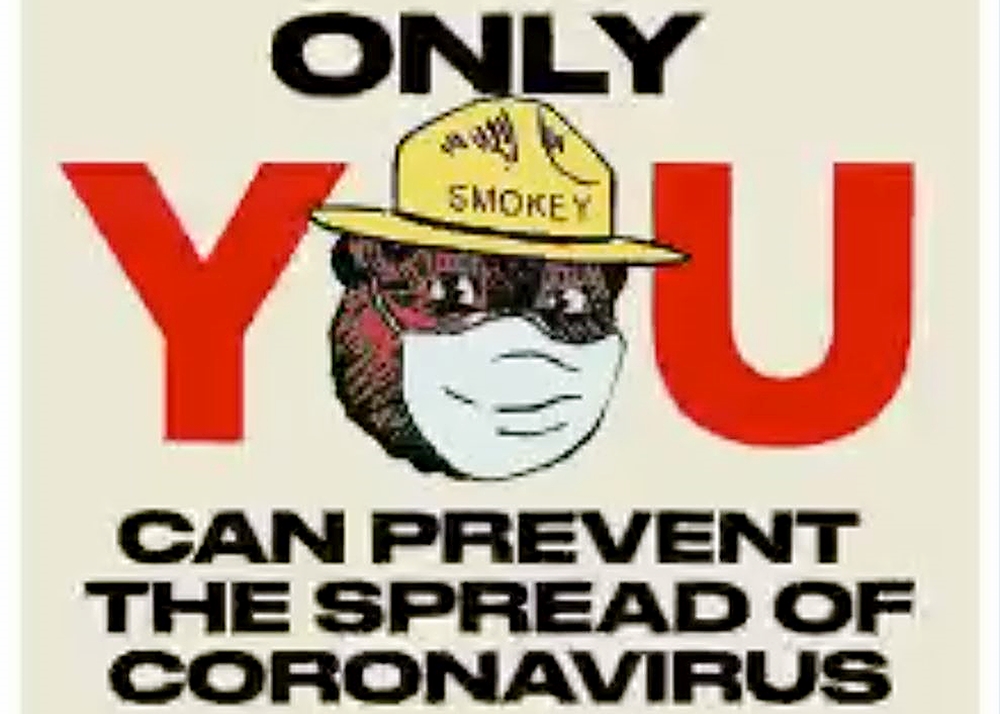 Oh yeah? Then why are the casinos open? (File photo)

You turn around and point six feet of yellow tape ribbon square at the guy's chest. That's what you do. He gets the message. And apologizes.

You both laugh. The guy doesn't know what six feet looks like. He doesn't own a tape measure yet.

And that's the thing. Nobody knows what six feet is. And every day fewer people seem to care. The pandemic response has become a muddled stew of conflicting governmental guidelines, selfish behavior from citizens, and a governor who insists on holding onto power to control the social behavior of people who don't seem to want to be controlled.

Gov. Gretchen Whitmer and her public health brain trust, who've kept Michigan in a state of emergency since March, like to quote the the CDC's golden rules as justification. Those are:

a) Wear a mask in public settings.

b) Stay at least 6 feet from other people who are not from your household in both indoor and outdoor spaces. 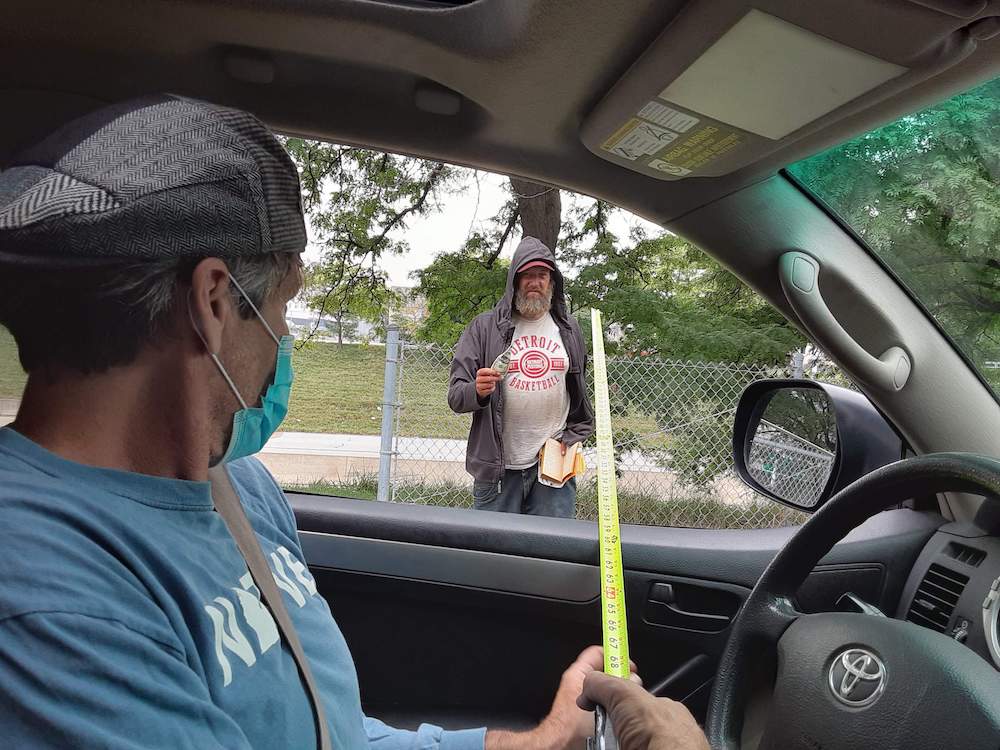 But who's really doing that. I decide to check. So, I take my tape measure around for a couple of days and it turns out nobody is.

The homeless guy comes up to my window for a buck. He doesn't have a mask. I pull out the measuring tape, wrap a dollar around the end and ask him to retreat 5 feet. I'm not going to throw a wadded bill at him am I? He's a human being, entitled to some dignity.

Some schools districts have in-person classes five days a week. Some are fully online. My daughter goes half-time. No rhyme. No reason. No statewide response. The governor kicked the can on that one. 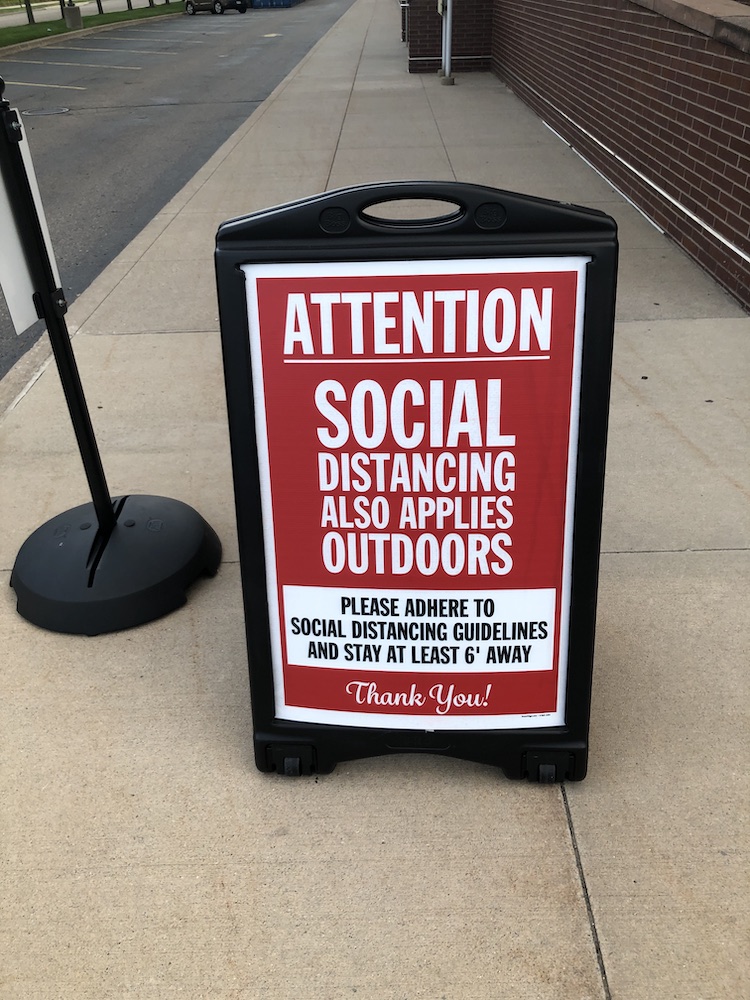 So I drive carpool sometimes. Four teenage girls in a car. Six feet of distance is an impossibility. Three of their parents work in health care. You know – around sick people.

What are you gonna do?

At a downtown restaurant, some union executives come in for lunch. They're wearing masks. That's good. That's the law. And then its time to eat. And they take their masks off. That too is allowed by emergency declaration. But now they're just a foot apart – breathing, chewing and burping on one another. I assume they didn't share a household. So how's that work?

There's the postal carrier hand-delivering mail, the bus stop commuters and their oxygen tanks, the skate park punks and their youthful disdain for authority, the dog men of the dog run, the drive-thru window worker at Arby's. Nobody doing the 72 inches thing. Half the time the governor herself doesn't appear to be six feet away from her own sign interpreter at those press conferences that she's afraid to let the press attend.

The curve has flattened. There's no surge in the hospitals. Covid deaths are way down. So why can't we have democracy back, and have the state legislature reclaim its constitutional role as a check and balance to executive power? Why can't Whitmer just issue emergency safety orders through the state health department, as happened in June, when her director finally figured out that nursing home workers should be tested?

The governor recently defended her decisions saying, “Any attempt to strip away the powers of the governor during this crisis is irresponsible, dangerous and foolish."

But, if this is still a crisis, then why are the casinos open?