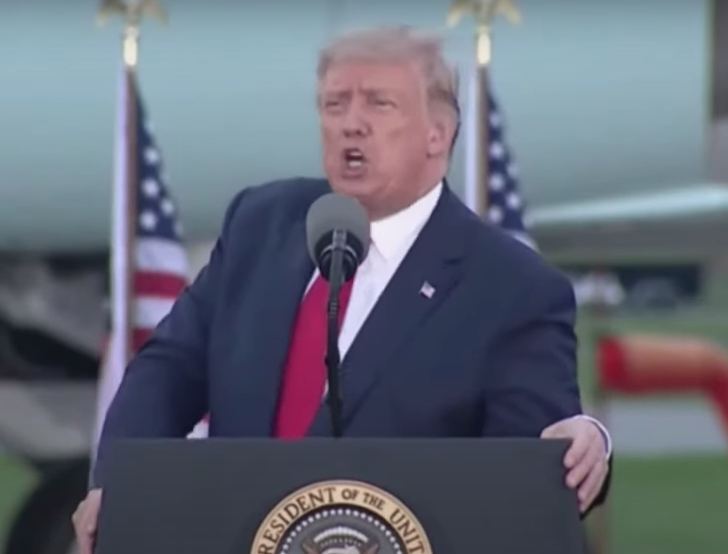 President Donald Trump, trailing in most polls, came to Michigan Thursday to pump up MAGA fans at an airport in Freeland, outside of Saginaw. But media reactions are not nearly as warming.

The Detroit Free Press writes that Trump "made wildly inaccurate claims" suggesting he has revitalized auto manufacturing in the state when it actually lost jobs even before coronavirus hit in March.

But only one new major assembly facility, a Jeep plant on Detroit's east side, has been announced during Trump's term, while General Motors underwent a divisive 40-day strike last year and announced the idling of three plants, though one of those, Detroit-Hamtramck, is being retooled to build electric cars and SUVs

Navya, a French shuttle maker, announced it could employ 50 or so people at a plant in Saline; Waymo, which makes self-driving cars, said last year it would employ 100 people at an assembly plant in Detroit and could someday expand that number to 400.

That's hardly a signal of a vast resurgence. Trump has also apparently made similar exaggerated claims in other campaign stops, with the Washington Post saying he has been "bragging about imaginary auto plants."