Jeremy Massey Jr. of Detroit and portions of a probable cause affidavit for a search warrant. (Slide: WDIV)

It's dumb to show off his Glock in tough-guy Instagrams, this accused felon now realizes. 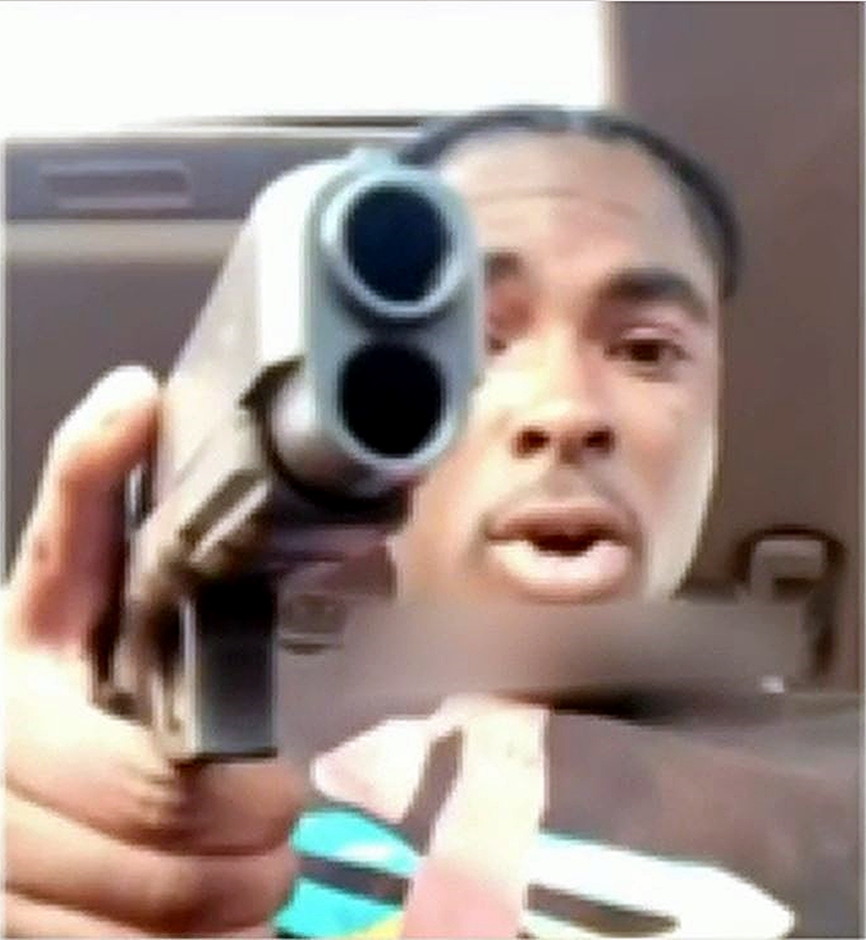 One of Jeremy Massey's "come and get me" invitations. (Photo: WDIV video)

The federal firearms bureau had monitored @eastbabyslim, identified as Massey, and saw him posing with the handgun and displaying it on his bed.

His Instagram posts were enough for federal authorities to obtain a search warrant for his Detroit home. They recovered a Glock and Massey ran out the door.

He is now facing federal charges in addition to [earlier Macomb and Oakland] cases.

The new accusations are possessing a firearm while under indictment and using a controlled substance while armed, a count related to Instagram weed-smoking photos.

Massey also has a Sept. 18 jury trial in Oakland Circuit Court on an unarmed robbery charge and a Sept. 24 hearing in Macomb Circuit Court. In that case, which began last March, he's accused of leaving an injury crash scene, driving with a suspended license, fleeing police and resisting arrest. The latter two are felonies.