Give a look and give it up for a historic section north of downtown Detroit where regrowth continues blossoming.

The 117-acre neighborhood just north of downtown has been swarming this summer with work crews and big equipment, a dramatic shift from just five or six years ago, when Brush Park was sparsely populated and there were still large swaths of vacant lots amid a few ramshackle Victorian mansions. ...

One of the newest completed projects, The Regina at 253 Erskine, is attracting nurses, nearby college students and recent graduates with its $800 a month market-rate rents for one-bedroom apartments.

Still, a large portion of the new housing to have recently hit the market is aimed at higher-income people, such as those who can afford $1,400 monthly rent for studio apartments and more than $500,000 for a townhouse. 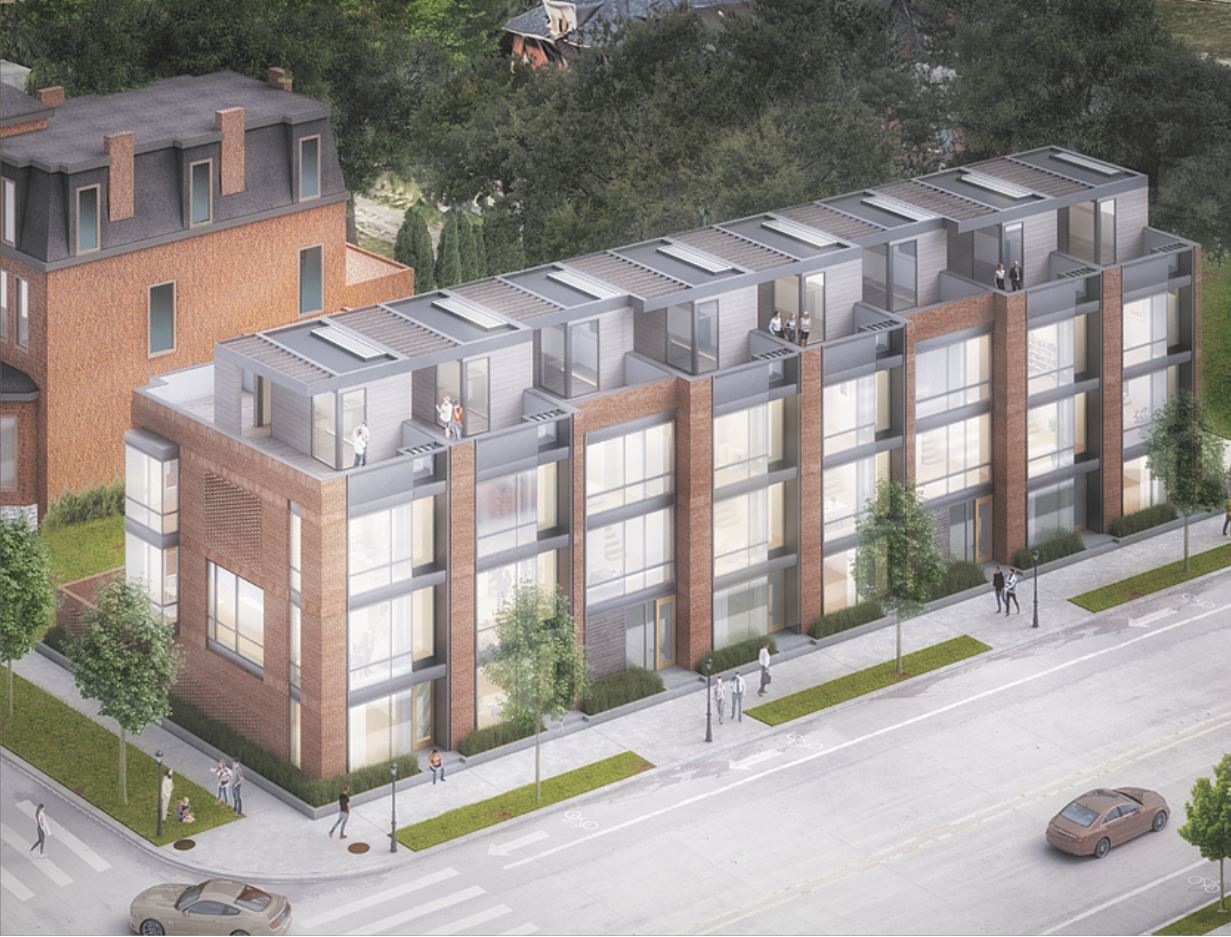 That's a full-circle arc from the Brush Park's emergence in the 1850s as an elite neighborhood developed by entrepreneur Edmund Askin Brush. Dozens of Victorian mansions were built during the late 19th century, when the area reportedlty was nicknamed "Little Paris" for its elegant architecture.

Now it's a 22-square-block part of Midtown, bounded by Mack Avenue on the north, Woodward Avenue on the west, Beaubien Street on the east and the Fisher Freeway on the south. A smaller historic district is on Alfred, Edmund and Watson Streets between Brush and John R.

► City Modern: "A 410-unit development [by Bedrock] of apartment buildings and townhouses in a variety of architectural styles that is turning 8½ acres of formerly empty blocks in a portion of the neighborhood nearer to downtown into a dense, miniature city." 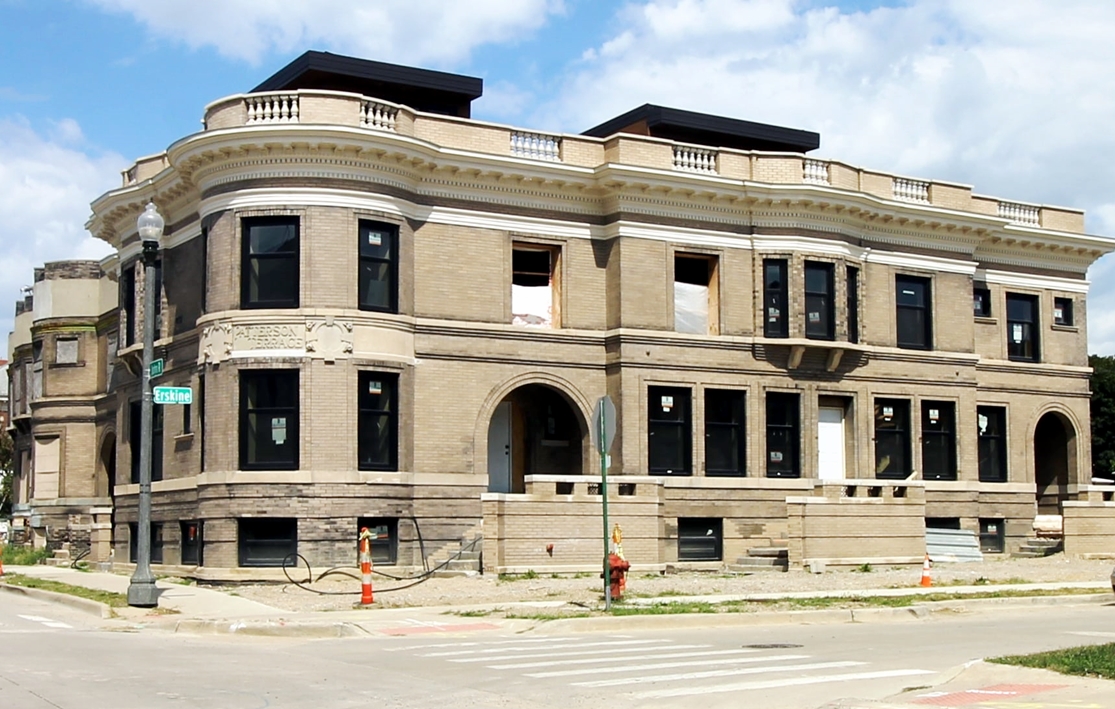 ► Patterson Terrace: "One of the more dramatic recent rehabs ... involves 203 Erskine St., an apartment building that was gutted by fire, sat empty for years and nearly was demolished. ... The rehab work is on pace for Patterson Terrace to start leasing its nine apartments by January. Rental rates haven't been set, although the building will be marketed as high-end housing."

► Brush + Watson: Groundbreaking is expected soon for this "300-unit apartment building at its namesake corner, with market-rate rents at about $950 a month and with half of the apartments set aside as affordable units."

► Brush 8: "Prices for the eight townhouses would start in the low $600,000s. Three of the eight have already presold."

► The Regina: "A rehabbed 20th-century apartment complex (at 253 Erskine) with 25 rental units ... is attached to a large brick house. The once-vacant property reopened in March" and is fully leased.

Brush + Watson, where work is due to start this fall, will have 300 apartments. (Illustration: Rossetti) 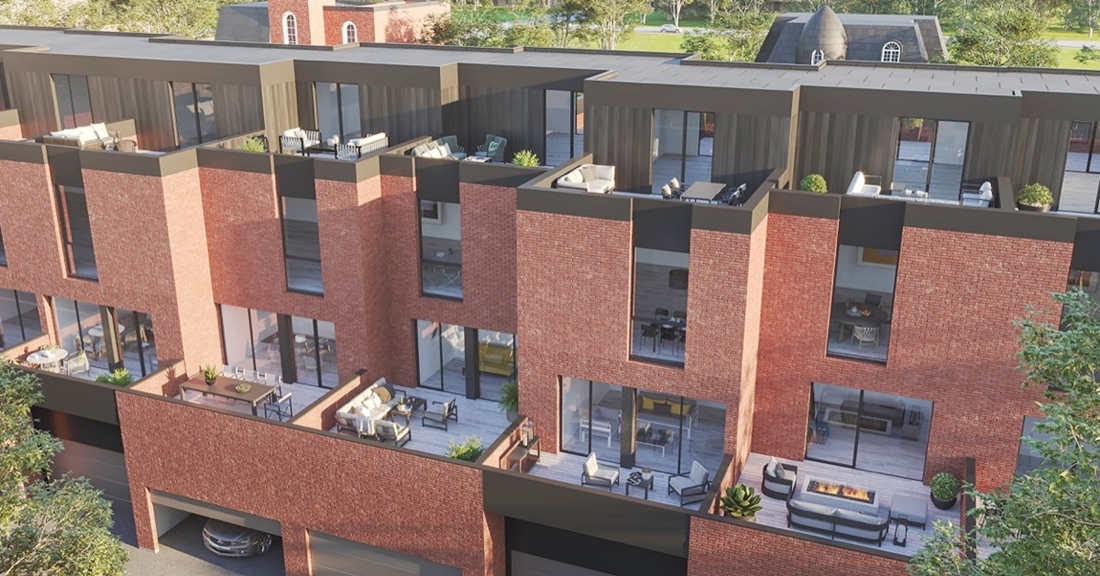 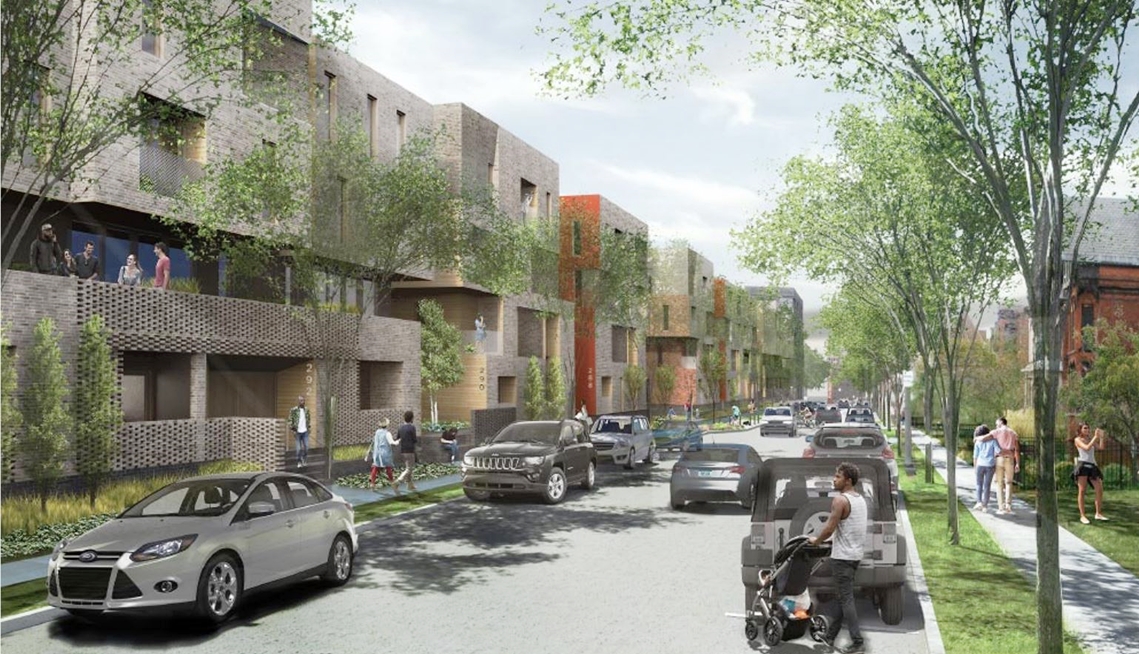 Concepts of another part of City Modern are above and below. 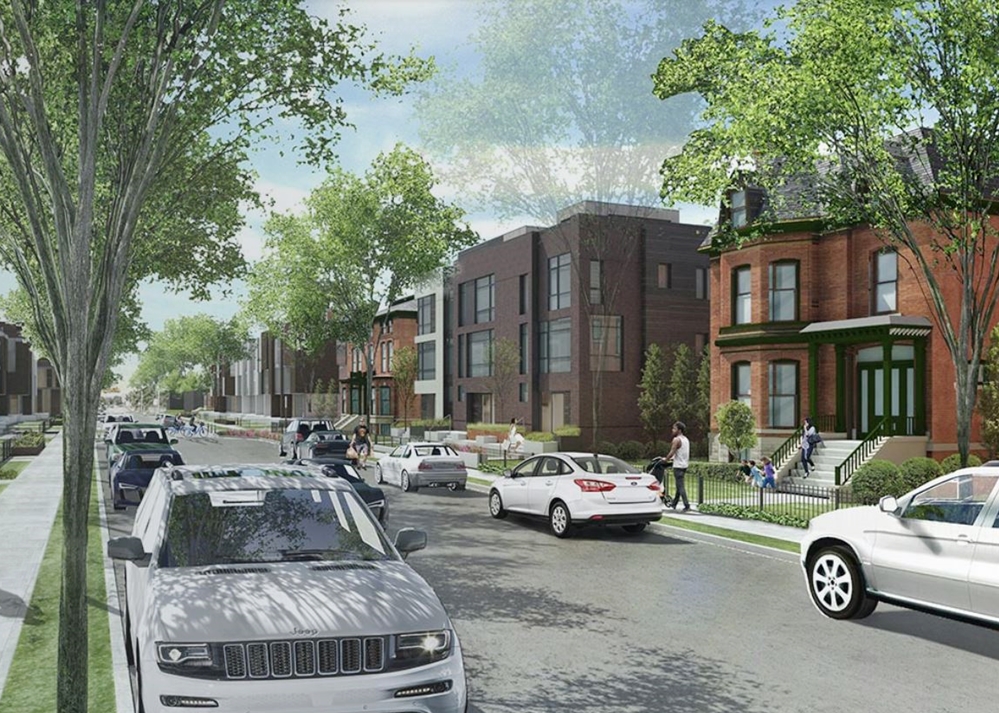