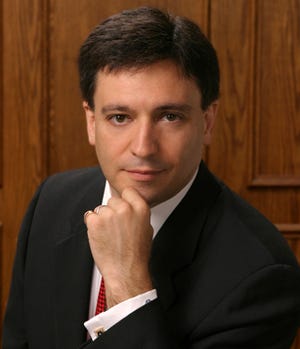 The two planned to sell it and divide the profits. Instead, DuMouchelle never bought the diamond and stole the money.

The scheme began in late 2018. DuMouchelle convinced Ritter to put up the $12 million to buy the diamond from a Texas estate.

Ritter thought he was wiring the money to the person who was selling the diamond, when in fact it was going into DuMouchelle's accounts. DuMouchelle quickly withdrew the funds and used them to pay his personal and business debts and expenses, authorities said.

As part of his plea, DuMouchelle acknowledged there were other victims he defrauded. Their losses will be calculated in his sentencing guidelines and restitution, the U.S. Attorney's Office said.

“Joseph DuMouchelle defrauded his investors by convincing them that he was buying and selling rare jewelry for big profits,” said Steven M. D’Antuono, head of the Detroit FBI, in a statement. “It was all a lie. Instead, DuMouchelle used the victims’ hard-earned money to help him maintain a lifestyle he could no longer afford."