Journalist vs. Macomb pastor: He regrets 'terrible' email, will apologize from pulpit

Rev. David Muns embarrassed himself with a vile message from his church address to a female journalist about something he mistakenly accused her of posting. The writer, 32-year-old Sarah Jeong of Portland, shared a screenshot and called him out in a tweet that has been shared over 33,000 times and have more than 3,000 comments.

"I will first apologize to them [congregants] for responding to something that I should've let go," the 59-year-old clergyman tells WDIV. "My response is terrible." 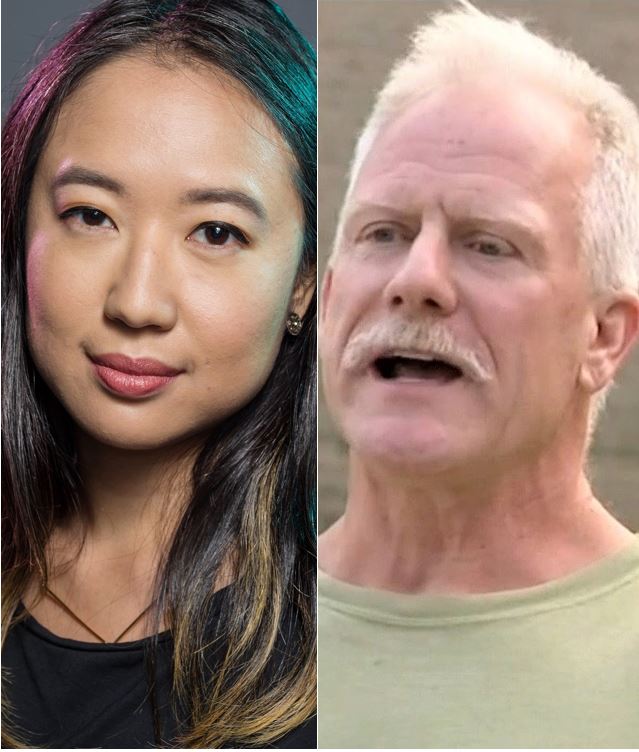 The reporter and the clergyman

That may understate it. Here's what the man of faith emailed to Jeong last weekend:

"How about if we took all the little bitter Asian woman and had a lottery and cut their clits like the Muslims do. Not a very classy position is it, neither is your trashy little bitter personality towards white men. Only in a world where journalism is controlled by brain dead Liberals do you people even have jobs."

Muns' multiple missteps start with a basic one, WDIV points out:

The pastor was reportedly responding to a meme sent to him with a quote attributed to Jeong ... which said there should be a castration lottery for white men. ... However, the meme is one of several that were debunked by Snopes.com two years ago.

Jeong, an attorney and former New York Times editorial board member (2018-19), is a freelance journalist in Oregon. She thought about the pastor's email for three days before posting an image of it. "I pretty much never do this," she tweeted, "but this guy is a 'pastor.'"

She followed up seven minutes later: "You would be surprised at how many people send me these kinds of messages from their work emails. But using the domain for your online church is a new low, and yes, I am going post your email on the internet."

A day later, Jeong tweeted this message of contrition she got from the Detroit-area pastor, who apparently doesn't believe in paragraph breaks: 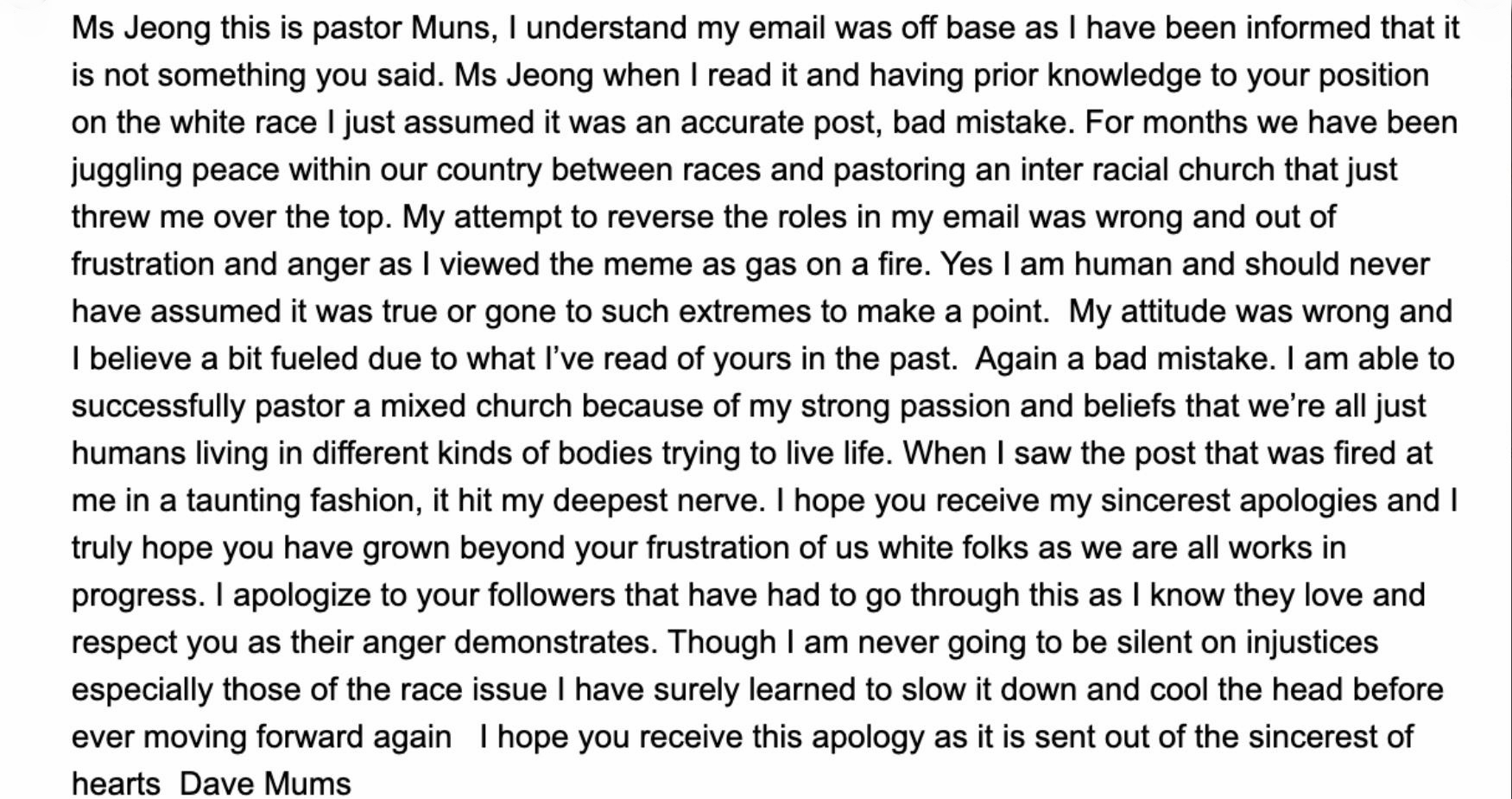 This tacky tale has an ironic footnote. Jeong is the author of a 2015 book about online harassment titled "The Internet of Garbage."