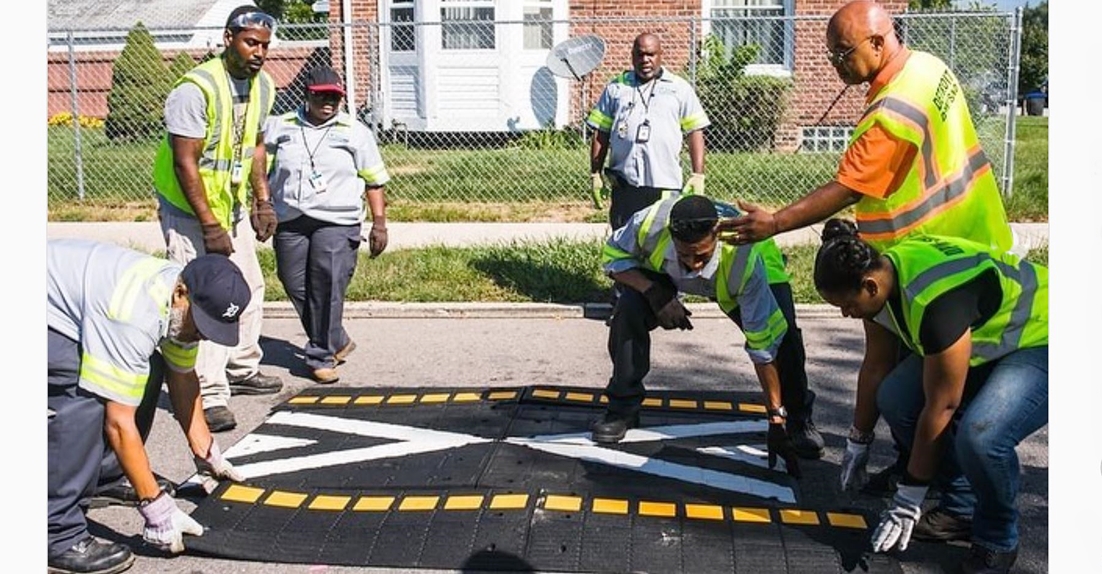 If you're thinking what we are, or funnier, post a comment below or on social meda. (Photo: City of Detroit)

Traffic calming isn't a new coverage beat, though this is our second speed bump item in two weeks.

As a follow-up to Detroit's recent truce in a mini-fight with Lichfield Road parents in the Green Acres neighborhood, the mayor's office announces "a major expansion of the city’s speed hump installation program."

The raised, striped rubber mats are aimed at deterring speeders on residential blocks. "The Department of Public Works will nearly quadruple the number of speed hump installations it performs next year to 4,500, up from the previous high of 1,200 this year," says a news release that quotes Mayor Mike Duggan:

“Probably the single biggest neighborhood concern we have been hearing from residents this year is speeding and reckless driving along residential side streets, so it's not surprising that the speed hump program has become so wildly popular.

"We know this is a priority for residents, so we are making the expansion of this effort one of our highest priorities for the next year."

We welcome the safety steps, but can't resist a playful invitation on the last Friday of summer to caption the city's handout photo above -- a target-rich opportunity.