Matt Stafford: "It's time we stop pretending, or defending, or just closing our eyes to what’s right in front of us." (Photos: Detroit Lions)

Everything is different now, this Detroit athlete stresses in an outspoken personal essay.

"We can't just move on from the issue of racial injustice and use sports as a distraction," Lions quarterback Matt Stafford posts Friday, a week into the NFL's 16-game regular season.

We can't just stick to football. Not as a team. Not as an organization. And we shouldn't as a country.

Stafford speaks out three weeks after the Lions cancelled a preseason practice in Allen Park so players could talk privately about the need for police reforms. Two days earlier, a 29-year-old Black resident of Kenosha, Wis., Jacob Blake, was critically wounded by a white police officer who shot him in the back. 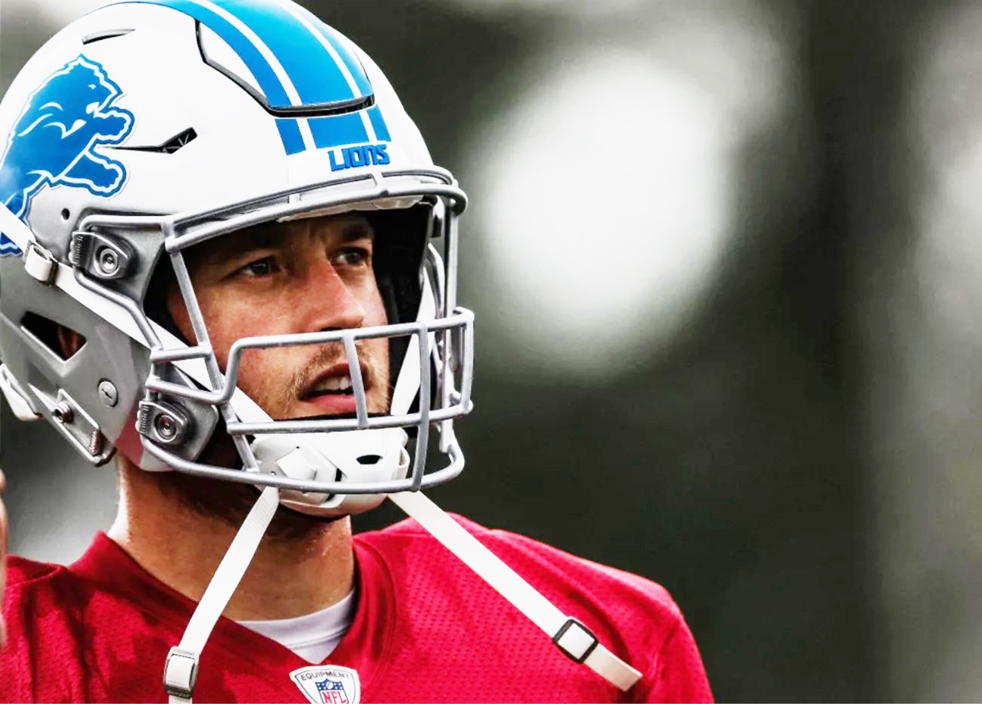 "We have to keep having these hard conversations."

That freewheeling discussion Aug. 25, followed by a media briefing, was "my proudest day as a Detroit Lion," the 32-year-old quarterback writes.

We had some extremely difficult conversations. We shared stories. We debated. We cried. We were vulnerable. We were uncomfortable. We were angry. ...

We all need to come together as a country and admit what we know is real. Deep down inside, no matter what political party we support, or what we do for a living, we know what's real.

It's time we stop pretending, or defending, or just closing our eyes to what's right in front of us. We have to listen, and we have to keep having these hard conversations.

The heartfelt piece is well worth reading in full. Stafford talks frankly about:

Stafford's goal in posting, he says, is to encourage readers to "ask yourself hard questions. But more than anything, listen."

Close your eyes and really put yourself in other people's shoes. Try for a minute to put all the social media and the politics and the arguing aside, and look within yourself. ... It's time."