Detroit Tigers' Ron Gardenhire Quits, Saying He No Longer Has Stomach to Manage 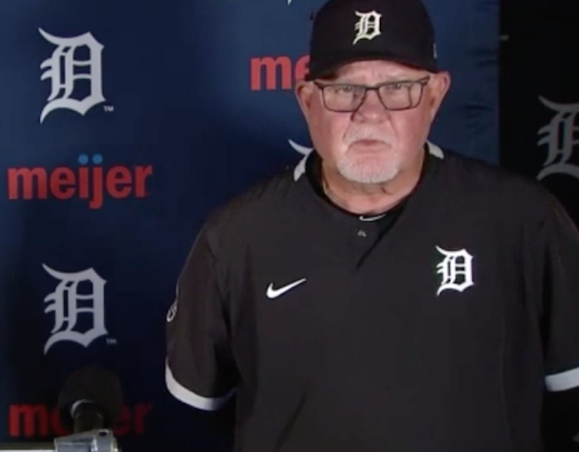 “It started out as a pretty routine thing, just talking to Al,” said Gardenhire, 62, who was finishing up the third and final season of his three-year contract, The Detroit News reports. “We talked about a few things and I just told him that I was going to retire.

“I’d thought about (doing it) at the end of the season, but with the way I’ve been feeling since the bout of food poisoning I had in Minnesota and stomach problems and the tension and the stress that goes along with this job – I told Al I will step out right now.”

Gardenhire joined the Tigers in 2018.

A message from Gardy. pic.twitter.com/xmkPqLe33I

Bench coach Lloyd McClendon will manage the team for the final 10 games of the season.

“I don’t want to put any pressure on Al or anyone else,” Gardenhire said. “It’s been wonderful here, but I also know I need to take care of myself. When you come to the ballpark and you are stressed out all the day and your hands are shaking, it’s not fun."

Avila said in a Zoom conference:

“This afternoon when I got here to the office, I come down and go into Gardy's office to talk baseball stuff. And at that point we started talking, and he mentioned to me he was going to retire and he wasn't feeling well from a health perspective.”

The Tigers are in the midst of another marginal season. They are 21-29 and 11.5 games out of first place.