Video: An OD outside the Psychedelic Healing Shack in Detroit, then days of protest

It's hard to pick the weirdest angle to the Psychedelic Healing Shack story that broke over the weekend. There's a local rapper found dead in -- not on, in -- a treehouse slide. There's a weird Facebook Live video of the body removal, during which the Psychedelic Healing Shack owner, narrating it all, pivots smoothly from "that boy is cold" to "music tonight with Judy Moon." And there's a character with the handle Supa Emcee. 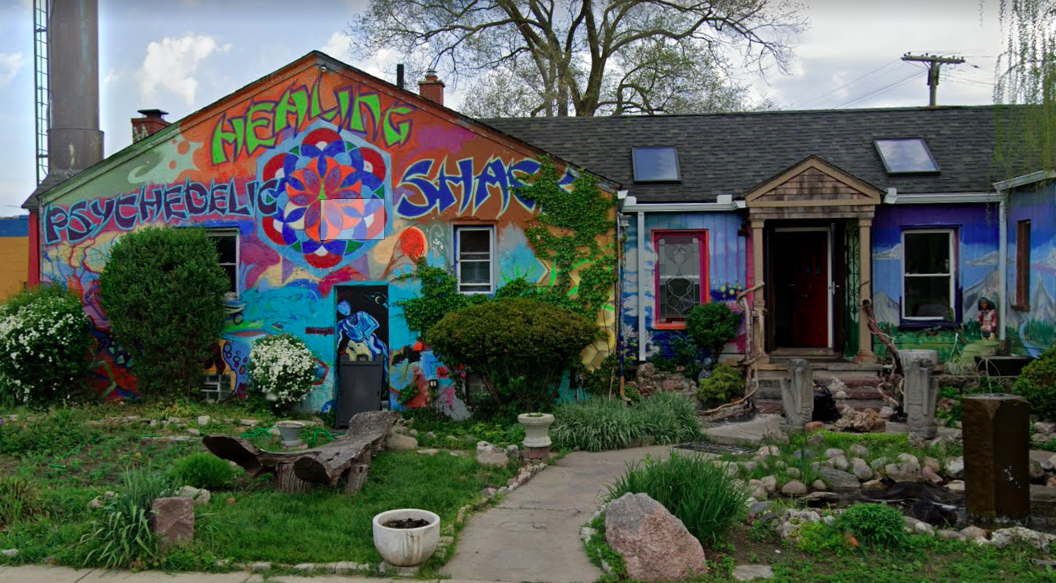 But then, anyone who's seen even the outside of the Psychedelic Healing Shack, on Woodward just south of Seven Mile, knows it's not your everyday urgent-care center.

Robert Pizzimenti -- 'Dr. Rob' -- runs the Psychedelic Healing Shack off Woodward near 7 Mile. Last Saturday, he was live on Facebook as EMTs removed the body of a regular at the shack -- Max Julian -- from a treehouse slide.

Dr. Bob narrated what was happening and then, shockingly, promoted an upcoming show.

"Something is always happening at the Psychedelic Shack and that boy is cold, I don't think he's coming back but we got music tonight, music tonight," he said in the Facebook stream. "Oh man, alright well music tonight with Judy Moon always something going on."

This cavalier attitude outraged friends of Julian, among them Supa Emcee, aka Kent Brown, who has organized "days of protests" outside the Shack, calling for it to be shut down and/or investigated. Dr. Bob apologized to the Fox reporter via telephone and sends "thoughts and prayers" to the decedent's family and loved ones. (Police suspect Julian died of an overdose, not foul play.)

But if you don't have time to click the video below, be advised it contains this quote from Supa Emcee saying the hearsay about the Shack and its proprietor "would probably blow your head back" and we have no doubt of that. We remember the namesake song, after all.