Detroit Will Breathe and other groups took their protests to Warren Saturday, in support of a Black family, allegedly the focus of racist attacks in recent days. They were met by a small group of Trump supporters, and the two briefly scuffled on and around Hoover Road. 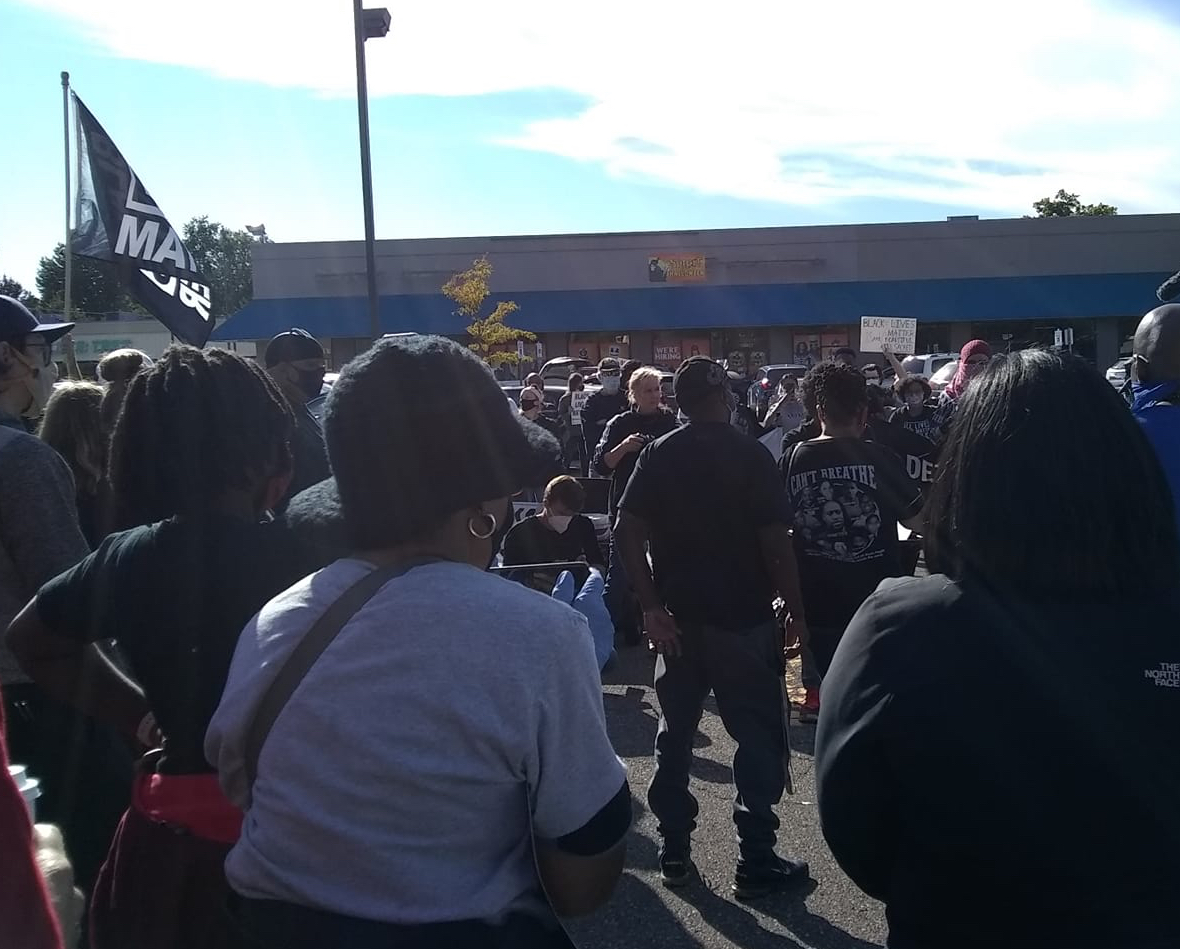 About 5 minutes into the demonstration, marchers verbally provoked by Trump supporters ran across Hoover Road and attempted to grab “Trump 2020” flags out of the hands of counter-protesters.

Luckily, cool heads prevailed. The marchers returned to their side of Hoover Road and no one appeared injured.

There was one other moment when the two groups collided, after marchers  blocked Hoover Road, which almost resulted in someone ramming a truck into a participant on a bike.

After those cooler heads prevailed, the two groups settled for sniping at one another across Hoover.