Wojo: No One Would Blame the Detroit Lions for Firing Coach Matt Patricia 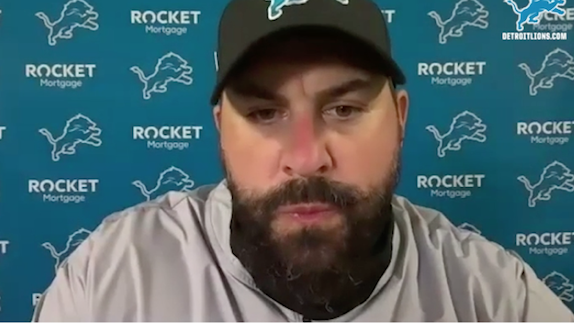 The Detroit Lions stink. That's no secret, and they proved it again on Sunday in the 42-21 loss to Green Bay after leading early in the game.

I doubt ownership is prepared to make a coaching change this early in the season, but no one would argue if it  did. For sure, if the Lions are 0-4 at the bye in two weeks, Patricia’s firing has to be considered, pandemic or not. There’s simply nothing for Patricia and GM Bob Quinn to hang onto now. If there was one area that showed promise, one clear sign of improvement, you could justify a bit more patience. But no, nothing. ...

If Matt Patricia has a single answer, we haven’t heard it. If he has any shot at fixing this mess, we haven’t seen it. If the Lions have any way of halting their latest sad spiral, there’s no evidence of it.

This was Patricia’s awful regime in ugly summation, and the Lions’ awful history in totality. The Lions again led by double-digits, again only to reveal who they really are. Poor composure, poor discipline, poor coaching, poor defense. Poor everything, excepting for punting. The punter is good.

Patricia, 46, came to the Lions in 2018 after a successful run as defense coordinator for the New England Patriots. He's got a dismal record of 9-24-1.