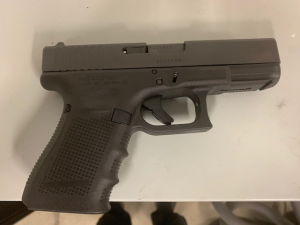 Hidden weapons continue to be a problem at Detroit Metro and other airports.

Transportation Security Administration officers confiscated two loaded 9 mm handguns in recent days from two travelers' carry-on bags at the Romulus airport, according to a TSA release. One seizure was last Friday and the other on Sunday.

Wayne County Airport Police officers responded to the checkpoints and took the weapons, authorities said. TSA can issue a civil penalty to travelers with guns at checkpoints. The fine for a first offense typically is $4,100 and can rise as high as $13,669.

So far in 2020, TSA has seized 26 firearms at Detroit Metro checkpoints. Last year, 47 guns were found.

Passengers can put unloaded firearms in checked baggage if packed in a hard, locked case. They must declare the gun at the airline check-in counter. Ammunition must be packed separately.