"White Privilege" is one of five tags Rick Sperling puts below a timely, perceptive essay about reactions to Detroit performers he mentored for nearly three decades. "Anti Racism" is another.

He writes about occasional, though not rare, reactions to exuberant, uninhibited behavior off-stage by the students and young adults of Mosaic Youth Theatre. "Young Black joy is not a threat," says his headline at Medium.

I remember witnessing the police being called on the mostly African American young artists of Mosaic twice — both at moments of pure joy after a triumphant performance. ...

These two incidents gave me a very small window into what it was like to grow up African American in a racist society. The more joyful, the more loud, the more youthful exuberance they expressed, the more they were seen as a threat, even within the majority African American city of Detroit. 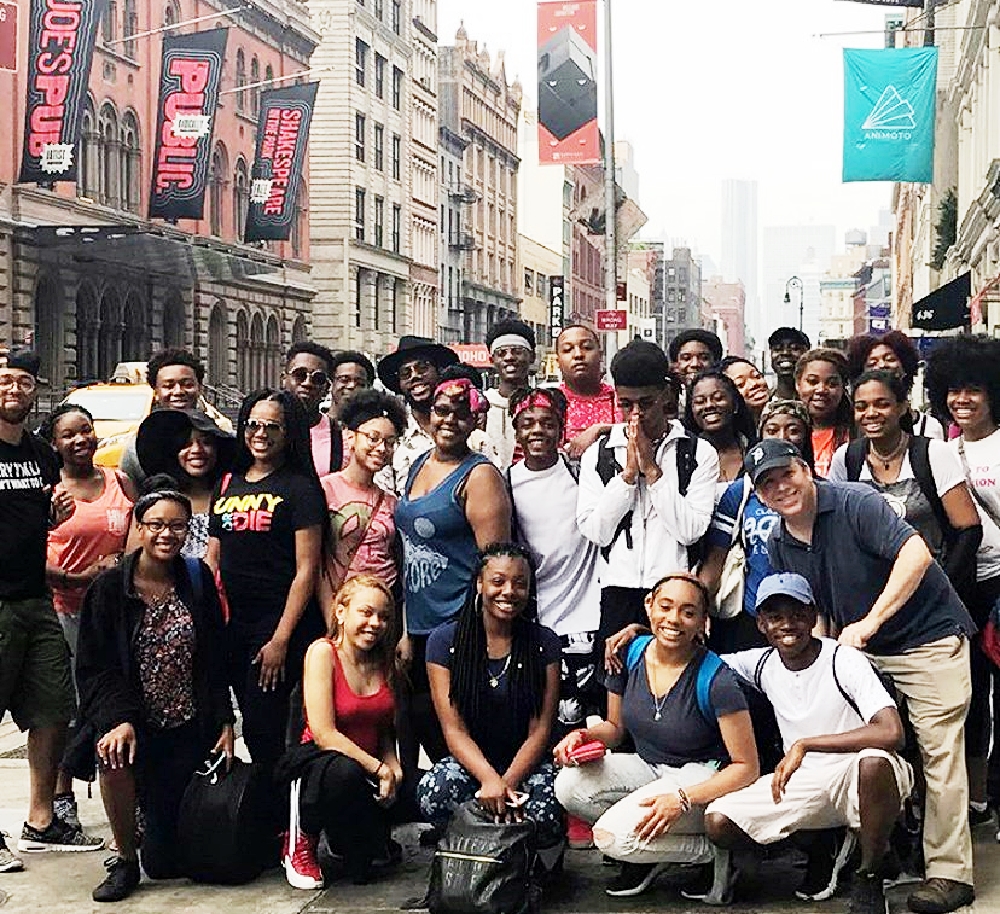 Mosaic cast members in Lower Manhattan after performing at the Public Theatre in 2017. Rick Sperling, wearing a Tigers cap, is at right.

Sperling founded the acclaimed development program for singers, dancers, actors, designers and technicians in 1992 and was artistic director until last September. He posts reflections on culture and "the racist heritage of our country" after sharing a draft on Facebook, he says at LinkedIn, adding: "Many encouraged me to publish it, so here it is."

Amid a national dialogue about privilege and prejudice, he describes spirit-sapping situations in Greektown and Ann Arbor when show kids riding a post-performance energy wave caused alarm away from the sites of their triumphs.

Yes, we were being loud, but my loud Jewish family has often been just as loud without anyone calling the cops. ...

At a Mosaic reunion recently, [I] asked [an alumna in her late 30s] if she remembered that [Greektown] night, since I could never shake that memory. She said she didn't remember it — because it was too common, because that kind of thing had happened to her so often in her teens. 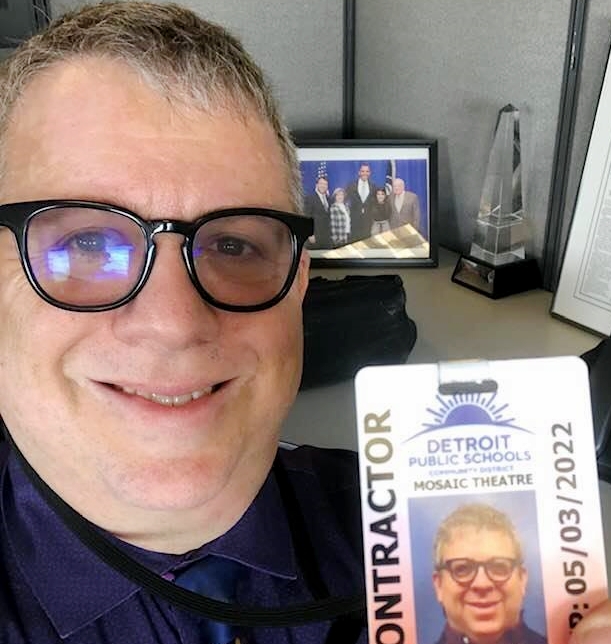 Looking back, the 54-year-old Ann Arbor resident muses about why white audiences and benefactors applaud Black "joy, exuberance, energy" under stage lights, but that behavior makes some people uneasy on the street or during a rehearsal pause.

In my years at Mosaic, we would often invite donors and supporters to come and watch rehearsals. They would be amazed by the level of talent, discipline and precision the Mosaic young artists exhibited while rehearsing. But they were often equally amazed by the fact that we "let" the young artists be so loud and "out of control" during break time.

I never understood why this amazed people. It was a break, after all. But it gave me an inkling that this has to do with control. That when African American teens are fully allowed to be big, loud and energetic, it may make white people (and some people of color) feel that they have lost control.

Why is it so scary that we do not have control over these young people? Why can't we enjoy their unapologetic energetic freedom when they are off-stage or off the field?

This is a time for self-reflection and accepting that we may be affected by the racist heritage of our country more than we realize.