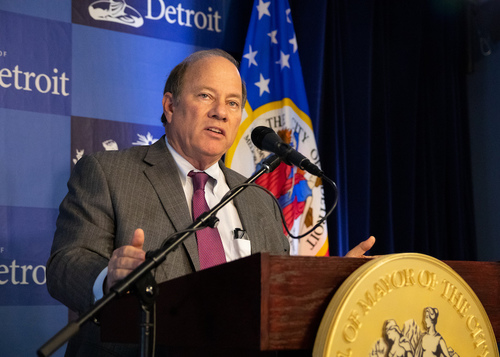 Detroit Mayor Mike Duggan on Tuesday said he planned to "basically" shut down city government on Election Day and the next day to free up hundreds of employees to help City Clerk Janice Winfrey process an expected record influx of mail-in ballots.

Speaking at a virtual session on voting hosted by the Center for American Progress and other groups, Duggan reportedly said Blue Cross Blue Shield of Michigan, Quicken Loans and area banks also plan to divert workers for the cause. Up to 1,000 volunteers are needed to ensure things go smoothly, he said.

About 200,000 Detroit residents are expected to vote by mail, the mayor said. Roughly 75,000 absentee ballots were cast in the 2016 presidential election.

Winfrey's office has faced scrutiny for its handling of recent elections. In the August primary, ballot counts in more than two-thirds of absentee voting precincts did not match the number of ballots cast.