The plan was to meet last Friday in a neutral location -- a McDonald's on Linwood -- and display two five-week-old Olde English Bulldogge puppies to a prospective buyer. 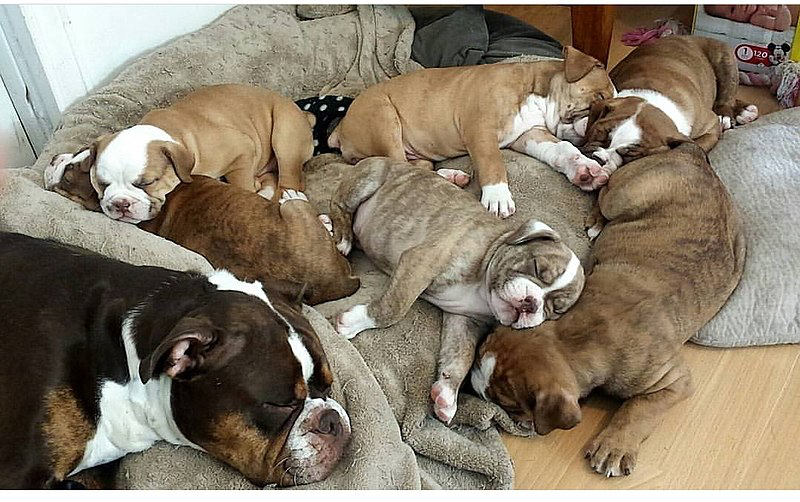 Olde English Bulldogge puppes, but not the ones in question (Photo: Wikipedia)

It ended with the "buyer" stealing the pups, and stands as a cautionary tale about meeting strangers to exchange goods for cash.

As the Free Press reports:

The puppies — a male with a tan and white coat, and a female with a tan coat and a white stripe — were nabbed at about 8:10 p.m. out the back of the sellers' vehicle by a man who said he wanted to show the dogs to his girlfriend.

The sellers said no, but the man still drove off with the pups in a silver Chrysler Town & Country minivan, according to the police report.

Police say it's safer to meet in the parking lot or reception area of a police station, for obvious reasons that include surveillance video.

We have questions: Isn't five weeks way too young to take a puppy away from its mother? Perhaps it was a look-see deal, where they buyer would claim the animal and pick it up later.

And also, what the heck with this "Olde English Bulldogge" spelling? Turns out we're not talking English bulldogs, which are shorter, slower, and look like Winston Churchill, but a newer hybrid of mastiff, American and English bulldogs and -- you'll never guess -- pit bull. You will not see them at Westminster, because they're not recognized by the American Kennel Club.