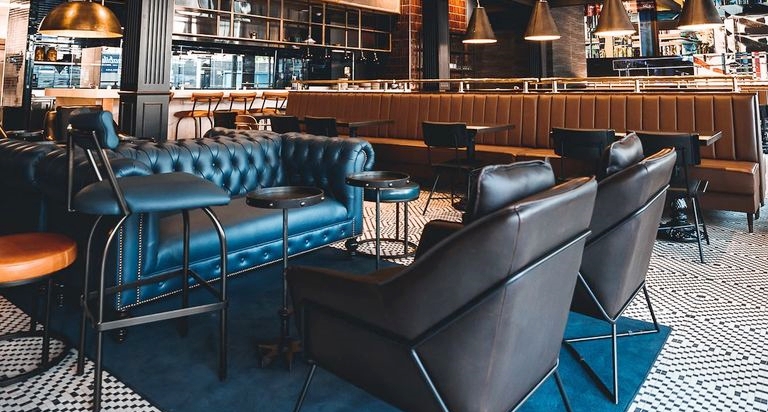 brave (adj.) Opening a restaurant in September 2020; "a brave move"

Culinary school graduate Holly McClain of Grosse Ile deserves that adjective for plowing ahead this unsettling year with a sit-down restaurant that welcomed its first dinner guests Friday.

Though Saturday night is fully booked, tables are available from 5-9 p.m. Sunday. 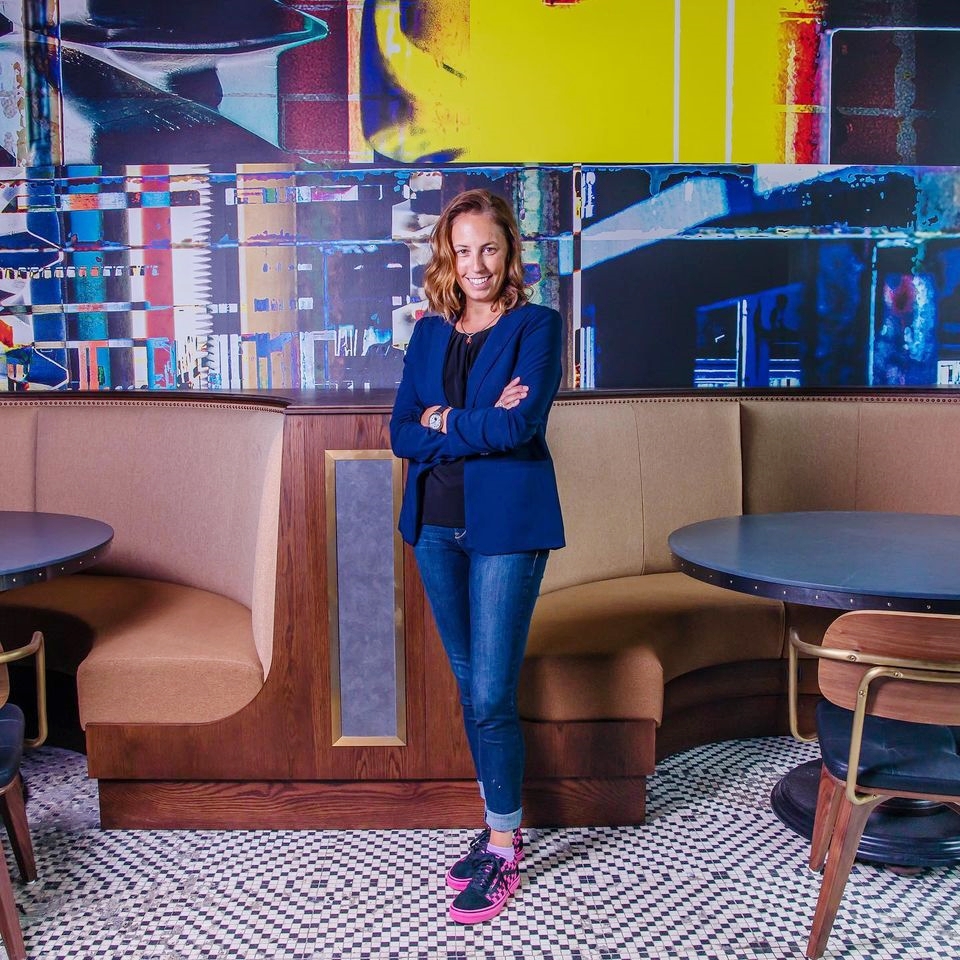 Holly McClain in her 100-seat dining room at a mural by Lisa Spindler of Detroit.

Olin, which has a 13-stool bar, will be open six days a week for dinner. All seating is inside until a patio is added next year, according to Eater Detroit.

The 39-year-old owner grew up in Gibraltar as Holly Morrison, attended University Liggett School in Grosse Pointe and graduated from at Kendall College, a respected Chicago culinary arts and hospitality training ground. That's where she and chef Shawn McClain met. They're now the married parents of two daughters, and last November launched The Highlands steakhouse atop Renaissance Center, where he runs the kitchen.

At Olin, selections include oysters, octopus and other seafood, pork shoulder, a short rib burger, a cheese board and eight small plates. 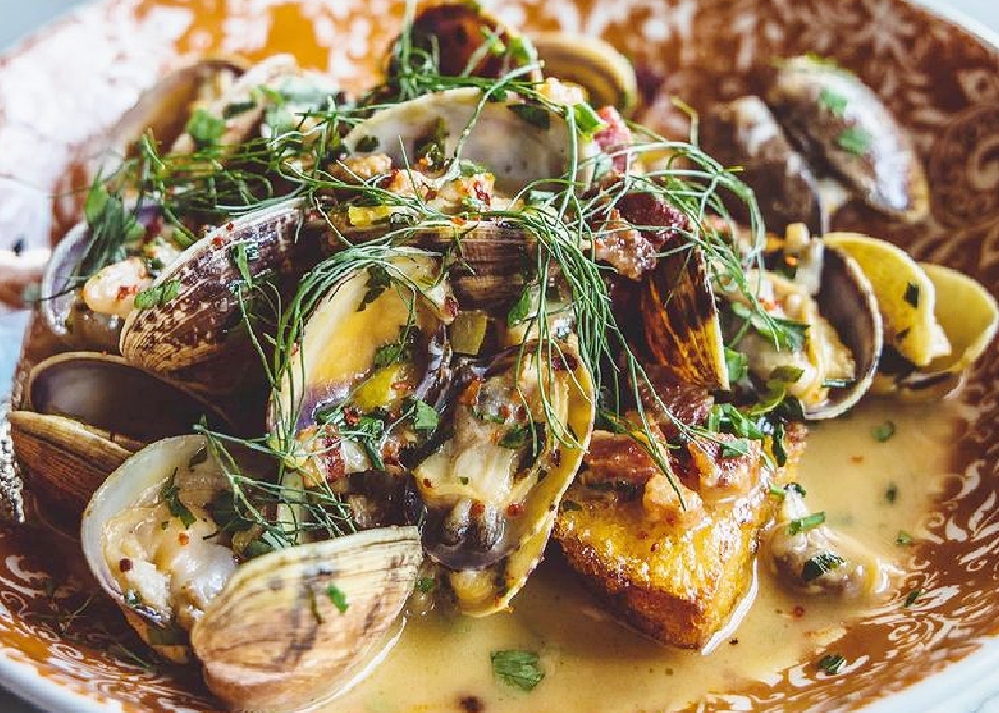 Clams dish is featured Friday on the newcomer's social pages.

♦ Where: Next to Parker Alley on East Grand River Avenue, a block west of Farmer Street, in the former PuppetArt Theatre