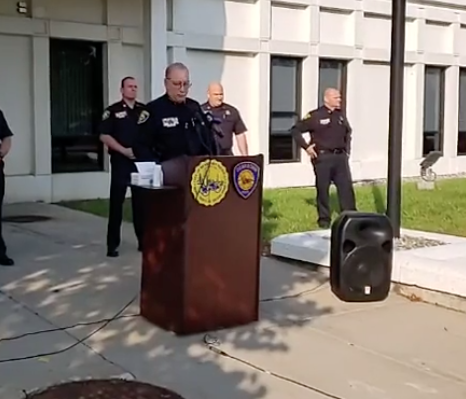 An officer fatally shot a man in a Dearborn apartment Sunday morning during a domestic dispute with his girlfriend, police said.

Chief Ronald Haddad at a press conference said officers did "what they were supposed to do" when one fatally shot the knife-wielding man, who was stabbing his girlfriend in the face and throat, The Detroit News reports.

"The doctor at the hospital would comment that, had they not done what they did at the scene, the outcome for the woman would have been much different," Haddad said.

The 39-year-old victim called 911 repeatedly to say she was being attacked with a knife by her boyfriend, 43.

The victims is in stable condition.