Joe Biden has an eight-point advantage against Donald Trump (52%-44%) among likely Michigan voters in a new survey, including those who are undecided yet leaning toward a candidate.

Significantly, the NBC News/Marist Poll shows the Democratic challenger outpacing the president among these groups: 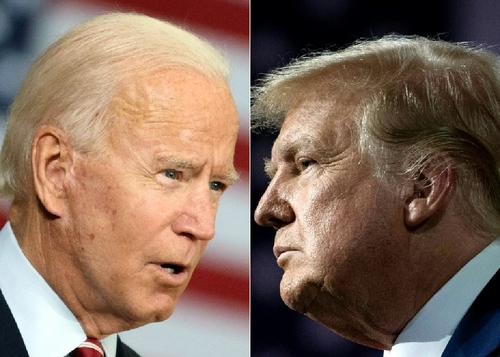 The results come on the day when Trump and Biden have their first of three 90-minute debates, starting at 9 p.m.

"Michigan is the foundation of Biden’s rebuilding of the 'blue wall' in the industrial Midwest," says Lee Miringoff, director of the Marist Institute for Public Opinion at Marist College in Poughkeepsie, N.Y.

"To understand the difference in the Michigan contest from four years ago, look no further than women, particularly those who identify as independents. There has been a 46-point swing among this group in the Democrats’ favor from 2016." Four years ago, Trump beat Hillary Clinton in this state by fewer than 11,000 votes.

The statewide survey of 799 likely voters, conducted Sept. 19-23, has an error margin of 4.3 percentage points in either direction. (Overall, 1,161 adults were surveyed via calls to mobile and landline phones. Questions were available in Spanish.)

These are among other findings:

► U.S. Senate: Democrat Gary Peters narrowly leads Republican John James by 49%-44% among likely voters, including those who're undecided yet leaning toward a candidate.

► Gretchen Whitmer: A majority of Michiganians (55%) approve of the governor's job performance and 38% disapprove.

► Presidential race by issues: A plurality of likely voters see Trump as better able to handle the economy than Biden would be. The Democrat is considered stronger on race relations and coronavirus. Voters divide over who'd better handle crime.