As news often happens these days, the video went viral before the full story was told. 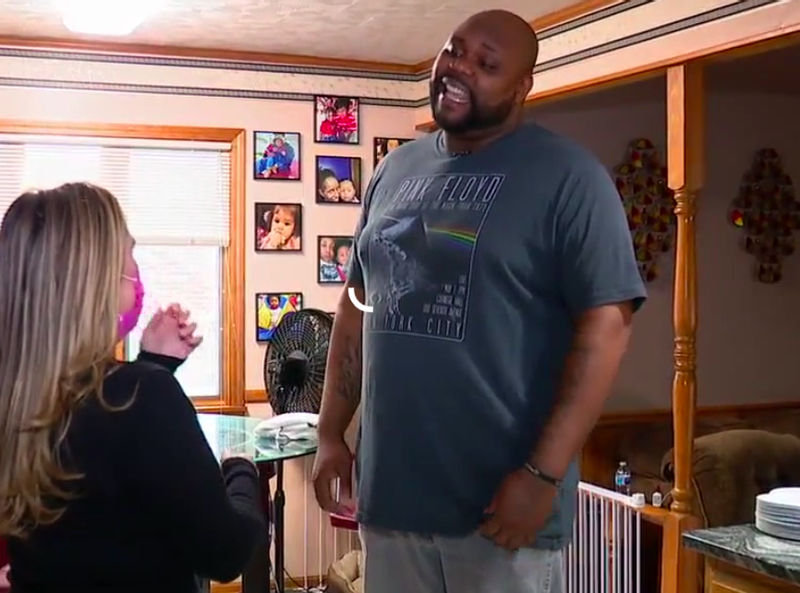 A woman having what appeared to be a mental breakdown lost control on a flight about to depart Atlanta en route Detroit, climbing onto seats, swearing and even kicking the overhead compartments. Multiple news outlets picked up on the video, describing the incident as "Exorcist-style."

But Fox 2 Detroit caught up with the former Taylor security guard who helped calm the woman and get her off the flight:

[Sherman] Yarborough, who says he is 6 feet, 8 inches, and 360 pounds, had the help of another big fella to subdue the passenger.

... On video, you can hear Sherman comforting the woman as she calms down. The woman in the video, which later went viral, was eventually taken off -- and taken to a hospital.

Sherman was en route to Detroit to attend his mother's funeral. But she was with him on the flight, in effect:

"I just felt like her spirit was all around me like she was showing me everything is going to be okay, but crazy things are still going to happen," he said.

No one was hurt. The woman was hospitalized.