Jacob Wohl and Jack Burkman are usually described in the news media as "conservative operatives," although more honest reporters sometimes add the adjective "blundering" or "wingnut." The pair are known for Borat-level schemes aimed at anyone to the left of President Trump that never fool anyone, although they usually can draw a few journalists to a news conference, just to see what sort of dumbassery they're up to now. 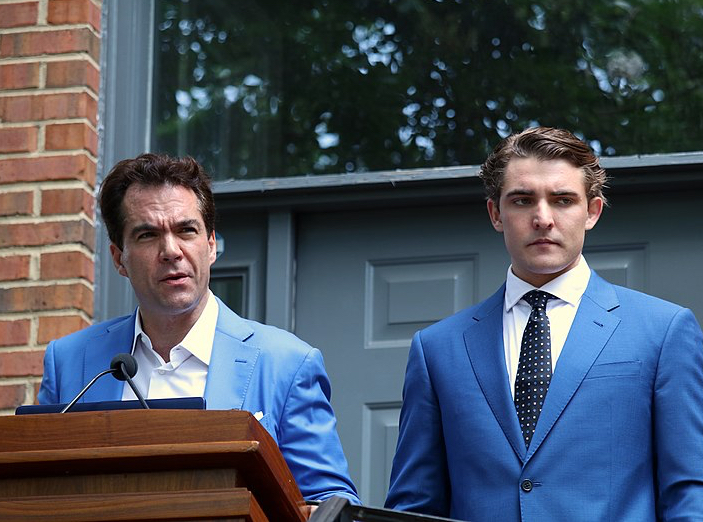 One of their 2020 operations drew felony charges from Michigan Attorney General Dana Nessel's office Thursday. A series of robocalls to voters in Detroit, apparently made in an effort to suppress turnout in the November election, netted the following for the pair:

The charges were filed today in the 36th District Court in Detroit. Arraignment is pending for the defendants. The Attorney General’s office will be working – with local law enforcement if necessary – to secure the appearance of each defendant in Michigan. It’s too early to say if formal extradition will be necessary or if they will present themselves here voluntarily in the very near future.

Burkman, an Arlington, Virginia resident, and Wohl, a Los Angeles, California resident, allegedly attempted to discourage voters from participating in the general election by creating and funding a robocall targeted at certain urban areas, including Detroit. The calls were made in late August and went out to nearly 12,000 residents with phone numbers from the 313 area code.

That's all according to a press release from Nessel's office, which continues:

The recorded robocall message warns people about being “finessed into giving your private information to the man” and urges them to “beware of vote by mail.”

The caller, who claims to be associated with an organization founded by Burkman and Wohl, falsely tells people that mail-in voting, in particular, will allow personal information to become part of a special database used by police to track down old warrants and by credit card companies to collect outstanding debts. The caller also deceptively claims the Centers for Disease Control and Prevention will use the information to track people for mandatory vaccines. However, none of that is true.

To be fair, the pair seem to be shunned even by their political allies. Besides being banned from Twitter and other social platforms, Wohl and Burkman have been turned away from CPAC, the Conservative Political Action Conference.

Also, Burkman once presented at a news conference with his fly unzipped. It seems important to note this.