Driver Crashes in Metro Detroit, Then Throws Sandbags off I-96 Overpass

A 41-year-old Brighton man faces three charges in an unusual case. He was arrested Sunday night after crashing his truck on I-96 in northern Oakland County, then walking up to a closed overpass and throwing 40-pound sandbags at other vehicles on the highway, Michigan State Police say.

Cynthia Eckley was seriously injured when a bag tore through her windshield. 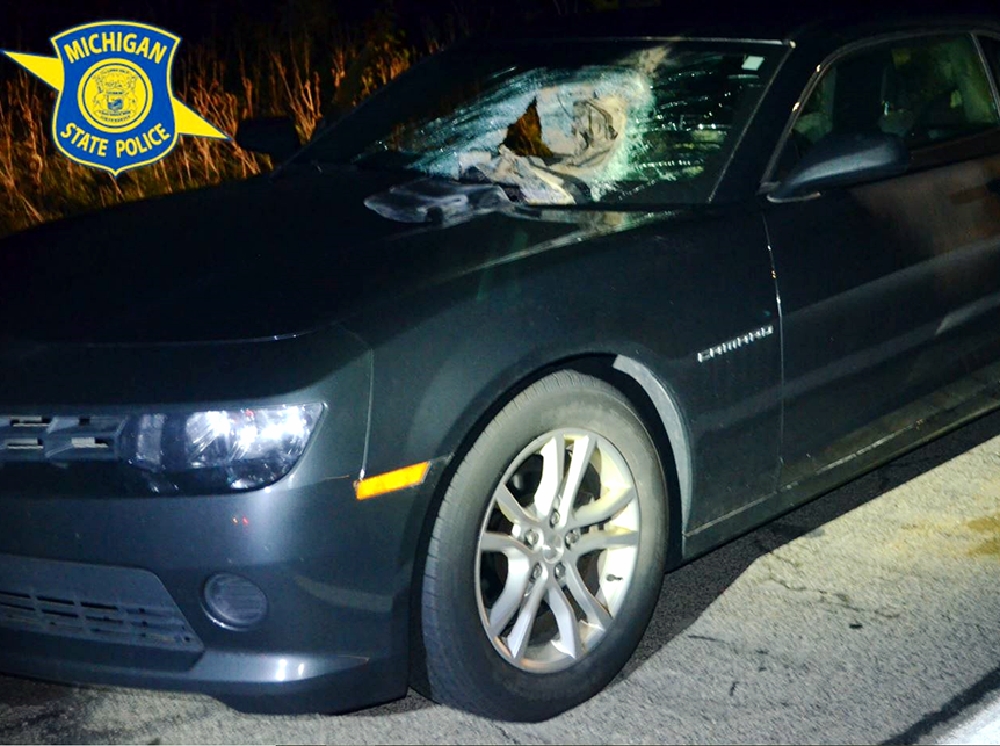 The original one-vehicle crash around 11 p.m. Sunday was on I-96 at Old Plank Road in Lyon Township.

The driver then walked up onto the Old Plank Road overpass, which is under construction, and started throwing 40-pound sandbags off the overpass in an attempt to hit other cars, a state police account says.

One bag smashed through the windshield of a woman's car, hospitalizing her with serious injuries. "The victim was very lucky she wasn’t more seriously hurt or killed," the police agency says in a tweet.

The man eventually left and was picked up by a passerby, who drove him home to Brighton, according to media accounts. The man told the driver what had happened and the driver called police, who arrested him.

He's charged with felonious assault, damage to private property and throwing objects at a vehicle that caused injury.