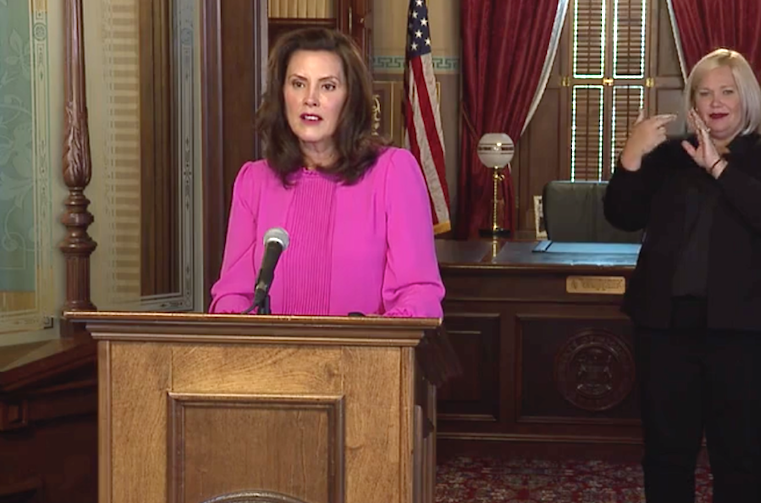 Nearly 400,000 Michigan residents have already voted, Michigan of Secretary of State Jocelyn Benson said Tuesday at a Lansing press conference. More than 2.7 million have requested absentee ballots and about 2.6 million have already been delivered.

The state aniticpates at least 3.3 million of its 7.7 million registered voters will vote by mail.

The election update comes as a Detroit News/WDIV-TV poll shows former Vice President Joe Biden leading President Donald Trump by nine percentage points, 48-39, in a survey of 600 likely voters conducted Sept. 30-Oct. 3. The poll has a margin of error of plus or minus 4 percentage points.

During the press conference, Benson and Gov. Gretchen Whitmer applauded a new bill signed into law that allows clerks around the state to begin processing ballots, but not count them, 10 hours earlier than before. Envelopes can be opened from 10 a.m. to 8 p.m. the day before the Nov. 3 election. Previously, that couldn't be done until Election Dayt morning.

Specifically, Senate Bill 757 lets clerks in municipalities with more than 25,000 residents to open outer envelopes, check ballot signatures and sort before Election Day. Clerks also can follow up with voters so they can correct ballots if a signature is not included or it doesn't match the one on file.

"In a democracy, everyone is eligible, and every vote that is eligibly cast needs to be counted. And the will of the people must prevail," Whitmer said.

Benson and Whitmer chided the legislature for not forwarding a bill to sign that would have let military members and their families submit ballots through a secure online portal.