Donald Trump carried Michigan in 2016, but seems close to giving up on the state four years later. The campaign has "given up at least $2 million worth of (advertising) reservations in both Michigan and Wisconsin since early September." 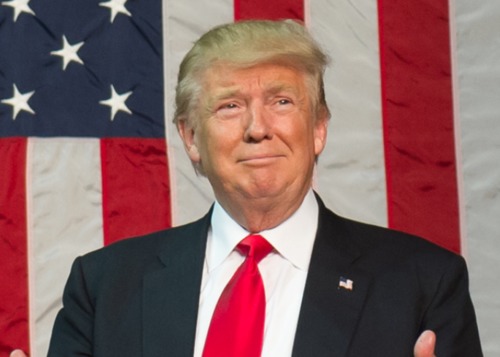 You might be seeing less of me (File photo)

That's according to BuzzFeed News, which reports the campaign is in retreat all over the Midwest:

President Donald Trump’s reelection campaign is slashing television spending in the Midwest, canceling millions of dollars in advertising in states that carried him to victory in 2016.

He’s been off the local airwaves completely in Iowa and Ohio. ...And in Minnesota, a state Trump almost won four years ago and has expressed confidence in flipping, his team already has chopped about $5 million from its projected fall TV budget.

It appears much of the spending is being redirected to the South:

The Trump campaign, meanwhile, according to data shared by Democratic ad trackers, has in recent weeks boosted its TV presence in the Sun Belt battlegrounds — Arizona, Florida, and Georgia — and Nevada, a state Trump lost in 2016.

What does this mean for Michigan? Hard to say, other than poorer broadcast outlets, which reap a bounty in election years, particularly when Michigan is in play. It may also reflect a poorer campaign:

“I don’t think the spin is in any way congruent with the reality,” Nicholas Everhart, an Ohio-based Republican ad maker, told BuzzFeed News. “There’s no reason why [Trump] would not be wanting to be on the air in those states, particularly Ohio, at this moment. Clearly there are some unpleasant financial realities impacting the strategic decisions they are making."