The fatal shooting of a Madison Heights man by FBI agents last week always seemed to be only part of a larger story, and The Detroit News' Robert Snell reveals a big part of it today. 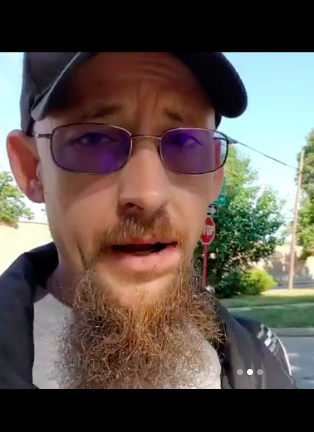 The victim, Eric Allport, the owner of a dog-training business in Madison Heights, had a history that went back to Ruby Ridge, an infamous FBI fiasco in Idaho in 1992 that became a rallying point for the far-right anti-government movement.

Allport, who was a teenager at the time, and his family were friends and neighbors of Randy Weaver and his family. The Weavers were white separatists, and Randy Weaver's failure to appear in court on a weapons charge led to an extended siege at their remote mountain outpost. The siege ended with the fatal shooting of 14-year-old Sammy Weaver, Randy's son and the same age as Eric Allport, and Vicki Weaver, Randy's wife. Randy Weaver survived and today lives in Iowa.

Allport and his parents, Judy and Bill Grider, ended up in Metro Detroit, although not before Allport served a prison term in Colorado for shooting at a police officer, among other charges. Allport moved here in 2014 upon his parole and started K9 Heights Dog Training in Madison Heights.

The (Madison Heights) shooting, which left an FBI agent wounded, served as a violent end to Allport's life 28 years after federal agents, including an FBI sharpshooter, shot and killed Allport's friends and neighbors on a remote mountaintop in Idaho. The deadly Ruby Ridge standoff has served as a rallying cry for white nationalists and inspired the 1995 domestic terror attack by Michigan native Terry Nichols and Timothy McVeigh in Oklahoma City.

Allport's former partner, Rachel Charnley, said he appeared to have turned his life around after leaving prison for a separate shooting and moving to Michigan six years ago. He ran a dog-training business, got married last month and his pregnant wife is expected to give birth later this month, Charnley said.

"He had a love-hate relationship with the police," said Charnley, who started K9 Heights Dog Training with Allport four years ago. "I didn't think in a million years he would revert to this."

The shootout last week happened as agents attempted to arrest Allport on a federal weapons offense.