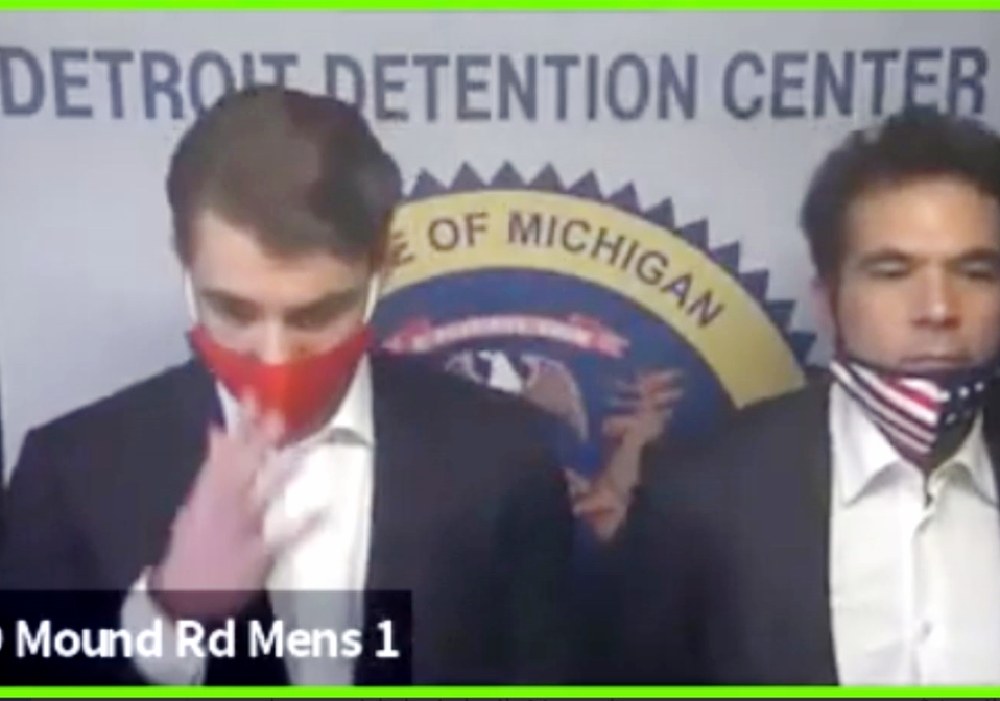 A prosecutor told the judge Wohl and Burkman came to their arraignment in Detroit on Thursday morning with a film crew and a stack of $100 bills, and asked for a $1 million bail, tweets Will Sommer, politics reporter for the Daily Beast. Instead, bail was set at $100,000 each, with the condition they do no more robocalls.

The Michigan Attorney General's Office said Burkman, 54, of Arlington, Va., and Wohl, 22, of Los Angeles, are each charged with:

The attorney general alleges that Burkman and Wohl attempted to deter voters from participating in the Nov. 3 election by creating and funding a robocall targeted at certain area codes, including nearly 12,000 Detroiters.

Specifically, authorities say the recorded robocall message warns people about being “finessed into giving your private information to the man,” and urges them to “beware of vote by mail.”

The caller, who claims to be associated with an organization founded by Burkman and Wohl, falsely tells people that mail-in voting, in particular, will allow personal information to become part of a special database used by police to track down old warrants and by credit card companies to collect outstanding debts. The caller also deceptively claims the Centers for Disease Control and Prevention will use the information to track people for mandatory vaccines. However, none of that is true.

The late August calls also went to about 73,000 people in other large cities with significant minority populations.