Sheriff Dar Leaf and allies in Grand Rapids at an American Patriot group rally in May. Terrorism case defendant William Null is at left. (Photo: WXMI)

Michigan's zany-scary side is on vivid display this week.

A day after 13 scruffy guys are accused of conspiring to kidnap the governor and storm the Capitol, a West Michigan sheriff speaks about the presumption of innocence and what he sees as the right of citizens to arrest the governor if they believe she acts illegally.

The lawman is Sheriff Dar Leaf of Barry County, a Republican running unopposed for a fifth term. On May 18, he spoke at a Grand Rapids rally decrying Gov. Gretchen Whitmer's health safety restrictions, standing on stage with William Null, a 38-year-old alleged plotter arrested Thursday by FBI agents. 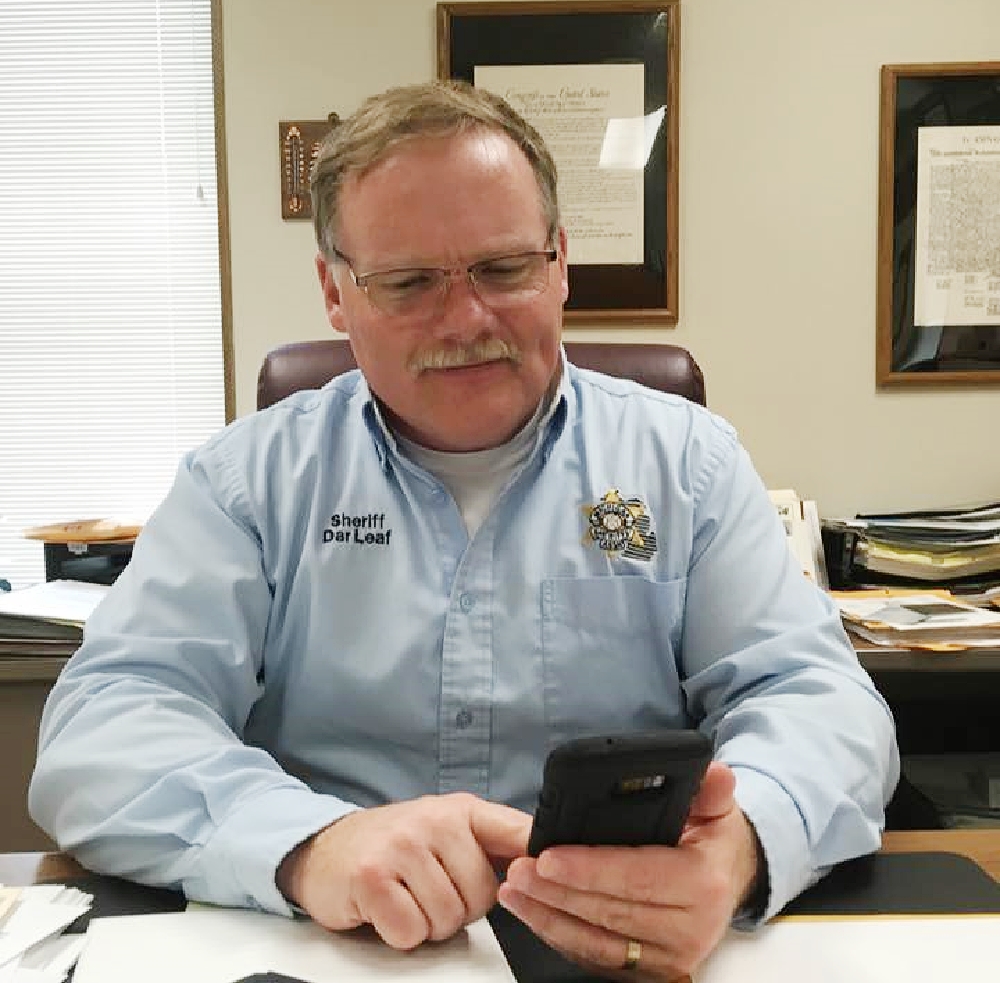 Sheriff Dar Leaf: "Are they trying to arrest or was it a kidnap attempt?" (Photo: Facebook)

The sheriff, in office since 2005, says he doesn't regret that appearance. Here's what else he tells Aaron Parseghian of WXMI, a Fox affiliate in Grand Rapids:

"I was shocked [by the arrests], did not see this coming with those guys. But still, we can't convict them in the media here. They do have a right to a fair trial.

"It’s just a charge, and they [federal prosecutors] say a 'plot to kidnap' and you got to remember that. Are they trying to kidnap? Because a lot of people are angry with the governor, and they want her arrested. So are they trying to arrest or was it a kidnap attempt?

"Because you can still, in Michigan if it's a felony, make a felony arrest."

This uniformed officer of the law cites a 1927 Code of Criminal Procedure, which does say "a private person may make an arrest" under four conditions -- including "if the private person is summoned by a peace officer to assist the officer in making an arrest."

An academic specialist on militia groups, Vanderbilt University sociologist Amy Cooter, tweets that Sheriff Leaf reflects something "I've been telling people for a long time: Militia ideology, broadly speaking, resonates with a wide audience, including local law enforcement. This is especially (but not only) true in rural areas, and is one reason that some LEOs [law enforcement officers] see these folks as allies."

From Lansing, Attorney General Dana Nessel also reacts Friday on Twitter: "As Michigan’s top law enforcement official, let me make this abundantly clear: Persons who are not sworn, licensed members of a law enforcement agency cannot and should not 'arrest' government offficials with whom they have disagreements. These comments are dangerous."

The TV interview is embedded in the reporter's tweet:

A man charged in the plot to kidnap Gov. Whitmer, shared the stage with a West Michigan sheriff at a rally back in May.

We asked the sheriff about it last night on @FOX17